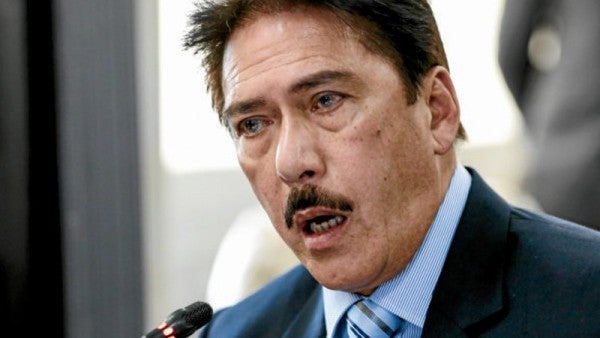 Sotto might be channeling his musician’s past. Before embarking on his political career, he rose to fame as a member of the ’70s Manila Sound disco group “VST & Co.” He also composed the song “Magkaisa” with Homer Flores and Ernie de la Peña back in the ’80s  in honor of the People Power Revolution that toppled the Marcos regime.

Reaction to Sotto’s suggestion may be mixed, but for comedian-talent manager Ogie Diaz, he didn’t seem to see the point of such. Diaz took to his Facebook last Sept. 19 to give his own take on the matter.

For Diaz, it seems that there are just other things to worry about. He, however, suggested that “Ama Namin” and “Hail Mary” be changed as well if the things he mentioned above would happen.

But while Diaz wasn’t so keen on Sotto’s suggestion, composer-conductor Chino Toledo suggested something else entirely.

Sotto, on his end, has since addressed the suggestion he made days before. He took to Twitter on Sept. 20 saying that if people don’t want the last line changed, then it shouldn’t be.

Sotto then shared a video of Ayala singing his version of “Lupang Hinirang,” which he performed during his TEDxDiliman appearance in November 2013.

At one point in the video, Ayala referred to the last line of the “Lupang Hinirang” and said in jest the anthem probably had caused psychological damage to the Filipinos.

Ayala also remarked then that there were many positive things to do than die.

“Lupang Hinirang” was composed by Julian Felipe in 1898 as a march. Historical records have shown that first Philippine President General Emilio Aguinaldo was the one who commissioned Felipe. In 1899, Jose Palma wrote a Spanish poem entitled “Filipinas,” which became the lyrics of the anthem.

The video of Ayala singing his version of “Lupang Hinirang” may be watched below: