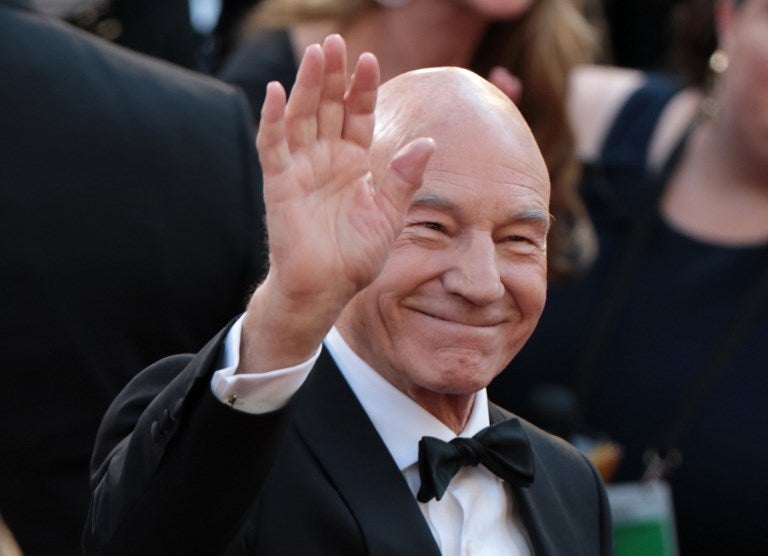 The “Star Trek” and “X-Men” actor is expected to lend his talents to the Kristen Stewart-led remake of “Charlie’s Angels”.

With Stewart, Naomi Scott and Ella Balinska installed as the movie’s secret agent trio and Elizabeth Banks both acting and directing, Patrick Stewart is in the frame to join as a handler from the Townsend Agency, now envisioned as a security and intelligence agency, according to The Hollywood Reporter.

Whereas previous versions of “Charlie’s Angels” had but one incarnation of John Bosley, this reboot is thought to have two (or more) versions of the character, who acts as the Angels’ officially assigned agency support.

That’s right: Elizabeth Banks would play the Bosley tasked with steering the Angels, while Patrick Stewart, also as Bosley, would be in a similar role but involved with a different team or teams.

The character was previously played by David Doyle in the 1970s TV series, Bill Murray in the year 2000 feature film, Bernie Mac in its 2003 sequel, and then Ramón Rodríguez in the 2011 one-season TV show.

Elizabeth Banks starred in and directed “Pitch Perfect 2” and co-starred in Netflix’s two “Wet Hot American Summer” spoof comedy series, the 2002 to 2007 “Spider-Man” movies, and “The Lego Movie” and its upcoming sequel.

Patrick Stewart has King Arthur legend “The Kid Who Would Be King”, musical drama “Coda”, and animated movie “Dragon Rider” on his slate of 2019 projects, with a new “Star Trek” TV series just recently announced. JB