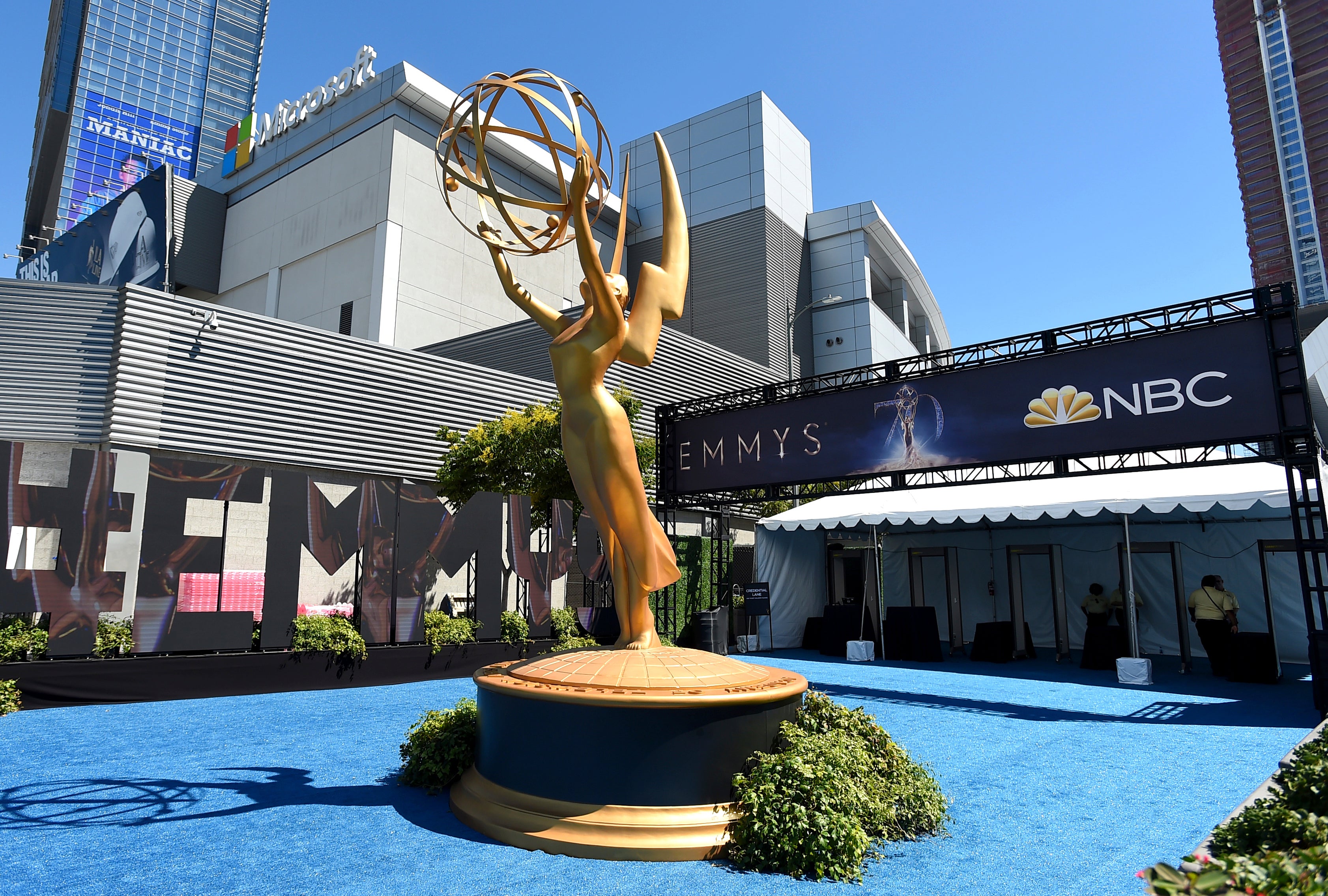 An Emmy statue appears before the 70th Primetime Emmy Awards on Monday, Sept. 17, 2018, at the Microsoft Theater in Los Angeles. AP

LOS ANGELES, United States — Stars vamping on the red carpet before the 70th Emmy Awards on Monday talked about politics and turned them into fashion statements.

Jenifer Lewis of “black-ish” wore a sweatshirt adorned with a metal-studded Nike “swoosh,” pushing back against criticism of the brand for featuring former San Francisco 49ers Colin Kaepernick in its new ad campaign. 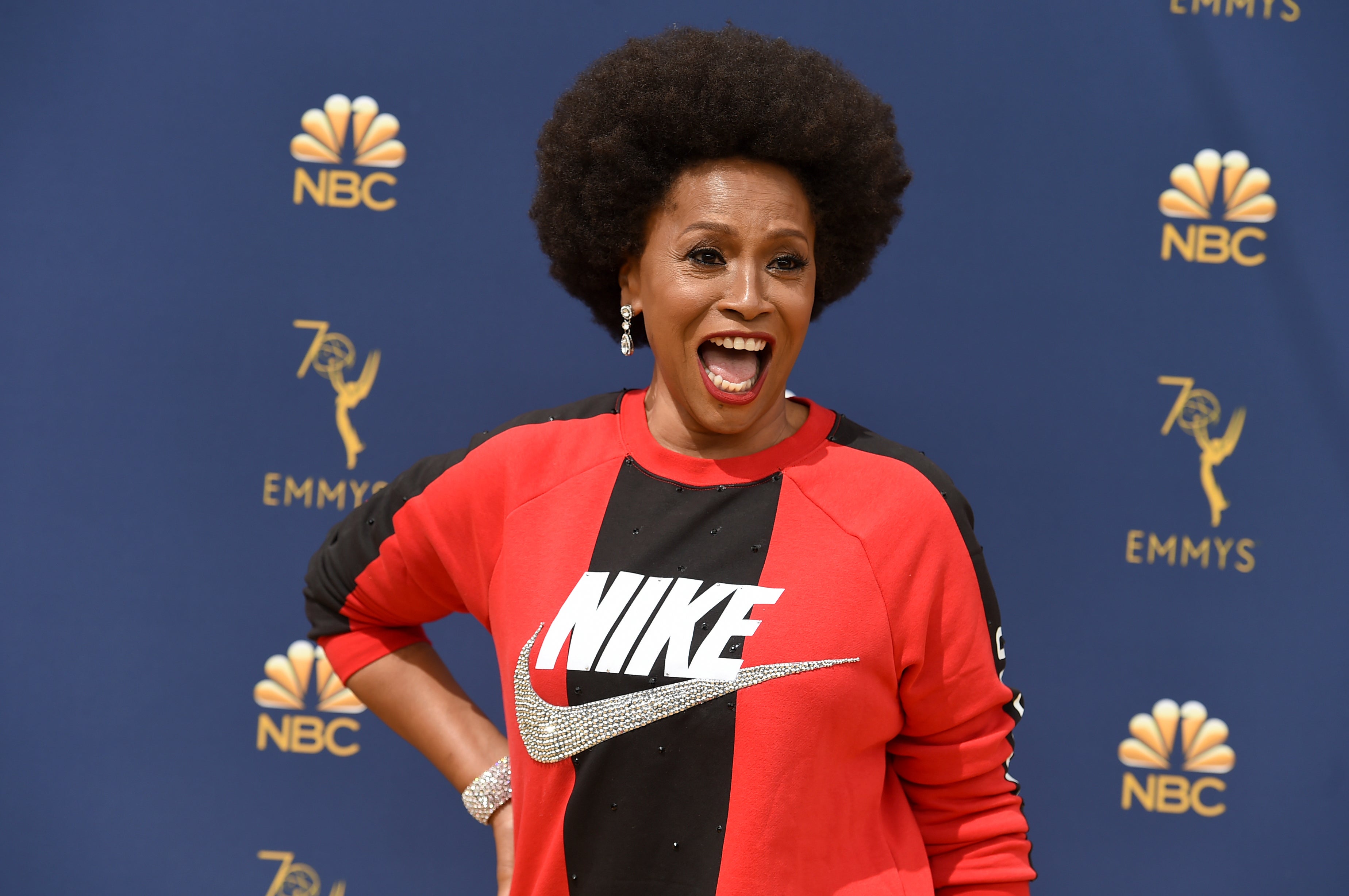 Jenifer Lewis arrives at the 70th Primetime Emmy Awards on Monday, Sept. 17, 2018, at the Microsoft Theater in Los Angeles. AP

RuPaul, who earned an early Emmy as host of “RuPaul’s Drag Race,” wore a double-breasted suit by Calvin Klein that was adorned with a few black Statues of Liberty.

Actress Q’orianka Kilcher of “The Alienist” accessorized her red dress with a pin that reads “I am a voter.” 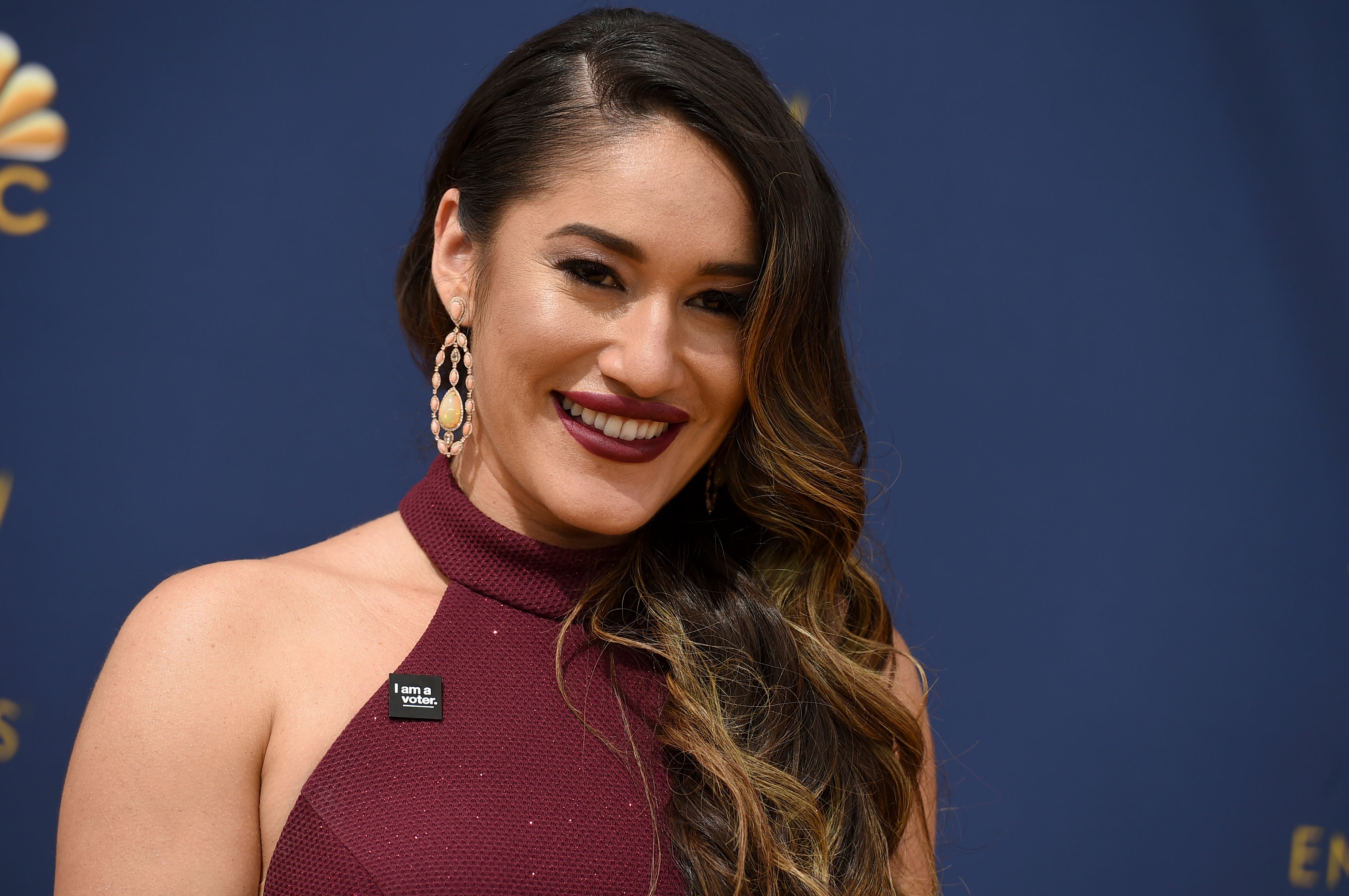 Q’orianka Kilcher arrives at the 70th Primetime Emmy Awards on Monday, Sept. 17, 2018, at the Microsoft Theater in Los Angeles. AP

“It’s important to send the message that “all of our voices matter and all of our votes matter,” Kilcher said on the arrivals carpet, which traded traditional red for gold for the landmark 70th year.

While Emmy nominees nervously wait to hear their name called, or not, there’s more on the line at the 8 p.m. EDT ceremony on NBC than personal glory.

“Saturday Night Live” creator Lorne Michaels, producing his second Emmy telecast in 30 years, is tasked with turning viewership around after the 2017 show’s audience of 11.4 million narrowly avoided the embarrassment of setting a new low.

The ceremony clearly bears his stamp, with “SNL” faux news anchors Michael Che and Colin Jost as hosts and familiar “SNL” faces, including Kate McKinnon and Alec Baldwin, as presenters and nominees. The long-running NBC sketch show, already the top Emmy winner ever with 71, could snare up to three more.

The pressure’s on Michaels because NBC and other broadcasters are increasingly reliant on awards and other live events to draw viewers distracted by streaming and more 21st- century options. The networks, which air the Emmy telecast on a rotating basis, are so eager for the ad dollars it generates and its promotional value for fall shows that they endure online competitors sharing the stage.

It’s Hulu’s “The Handmaid’s Tale” that’s the defending best drama series champ, with HBO’s two-time previous winner “Game of Thrones” the top rival. NBC’s “This Is Us” is the only network nominee in the category. On the comedy side, the front-runners are FX’s “Atlanta” and Amazon Prime Video’s “The Marvelous Mrs. Maisel,” with ABC’s “black-ish” the only network show in contention.

The telecast could see a number of record nominations for people of color converted into awards, some historic.

Issa Rae of HBO’s “Insecure” or ABC’s “black-ish” star Tracee Ellis Ross could become the second African-American to win as best comedy actress, following Isabel Sanford (1981, “The Jeffersons”) by 37 years. The field, including Rachel Brosnahan of “Mrs. Maisel,” is wide open, with six-time Julia Louis-Dreyfus and her HBO series, “Veep,” sitting these Emmys out for scheduling reasons.

If the show hits a lull there’s a good chance politics will shake it up. “Weekend Update” anchors Che and Jost regularly traffic in political satire on “SNL,” and awards ceremonies have become a routine forum for celebrities to share their views on current events. It’s a trend embraced by Hollywood, at least publicly.

“I think if you’re given a forum and people are listening and you got something to say, particularly this day and age, say it,” said Ed Harris, up for best drama actor for the sci-fi drama “Westworld.”

Yeardley Smith, an Emmy winner for voicing Lisa on “The Simpsons,” said she doesn’t object when winners use the spotlight to say more than “thank you.”

“I don’t think it’s inappropriate,” Smith said. “I think that you do need to strike a balance. I think if you’re truly passionate about something, anything, that if you have a platform, you almost have a moral obligation to speak up.” /cbb