Controversial Personality’s problems never end. After a series of unfortunate events, CP is in trouble again. According to online buzz, bosses are investigating employees’ complaints against CP.

CP, who’s been rebuffed by the public for such shenanigans, just never learns.

But insiders claim that PS, who vanished from the scene for a while, has become slimmer, and her nose perkier.

Supporters insist PS is all-natural, that she just had a minor mishap that resulted in a quick trip to the hospital.

Biz Insider is aghast that three successful singers have gone under the knife, potentially harming their golden pipes. 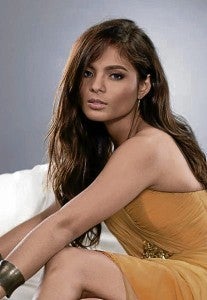 Apart from rigorous skin-whitening treatments, Popular Celeb had a nip here and a tuck there, too. PC reportedly had her chin and cheeks enhanced and her nose trimmed as well.

BI asked: Does PC still recognize the stranger in the mirror?

In spite of incessant denials, HP seems to have survived a cosmetic surgery gone awry, but one that left her with a distorted face. Poor HP now looks like a melting wax figure, says a source.

In one photo, HP is seen obviously shielding the evidence. Another snapshot seems Photoshopped. A digitally altered family photo is one sure sign of trouble.

There are incessant rumors that Industry Leader is slowly being eased out of power.

Certain forces are allegedly working against IL. No wonder IL has been quite visible of late—ostensibly, to defuse opponents’ attempts.

At least three Influential Personalities are reportedly behind the maneuvers. One of the IPs was unmasked recently, confirming that, indeed, something was simmering in IL’s little corner of the world.

INDIANAPOLIS—The Super Bowl has attracted so many stars to the city that even The Fray admits to being a little starstruck. The band performed at the National Football League’s official party at Lucas Oil Stadium ahead of the Super Bowl on Sunday.

Johansson, 27, said she was grateful that her work was also appreciated abroad as she received the Golden Camera Award late Saturday.

Actor Morgan Freeman was awarded a trophy for lifetime achievement, which the 74-year-old called “a great honor.” 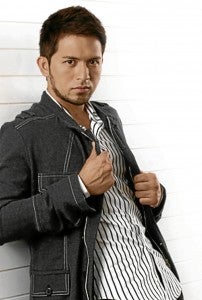 Grace Lee, on the possibility of a romantic relationship with P-Noy: “We’re getting to know each other … I wouldn’t waste the President’s time if I didn’t enjoy his company. But it’s too early to say where this is going.” (Of course it is.)

Cloie Syquia, asked about her father Gabby Concepcion: “I haven’t talked to him since I was about 2 [years old] … of course I want to meet him when the time is right. And I look forward to that moment.” (Of course you do.)