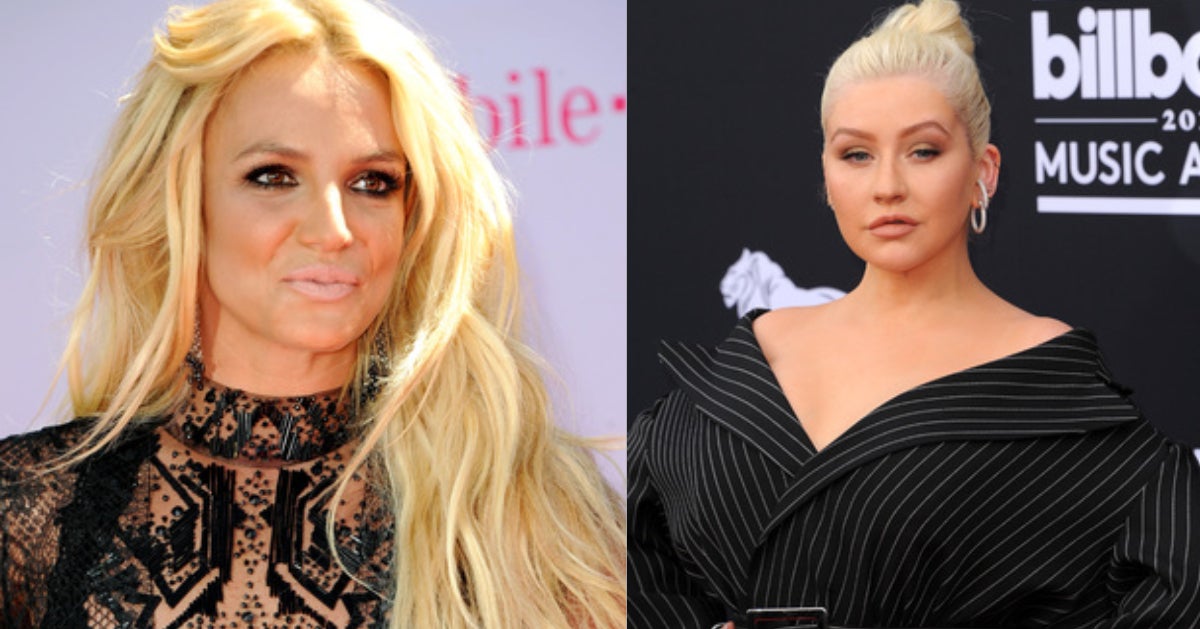 Christina Aguilera has gone on record to say that she would be “down” to sing with Britney Spears “if her reps say OK.”

Appearing on “Jimmy Kimmel Live” yesterday, Sept. 12, the “What a Girl Wants” singer discussed what it would’ve been like having social media as a rising pop star in the 1990s.

Watch a video of the interview here:

She said that though she grew up with valuing privacy — “it was a cool thing to have mystique and a mystery about yourself” — she appreciates that social media allows for more self-expression.

“Back then, the media was the storyteller for you,” she noted.

She said another advantage of social media was that “it squashes beefs too.”

Kimmel goaded her into admitting what rivalry she would put to rest.

“There was a Britney-Christina considered ‘rivalry’ thing,” she replied.

“If we had social media back then, we would’ve probably done like a song together or something,” she said to loud cheers from the audience.

Kimmel suggested that it wasn’t too late for Aguilera to reach out to Spears through social media. When asked if she and Spears have been in touch, Aguilera seemed to be searching for words until she said, “I’m down.”

Both were products of the Mickey Mouse Club, along with Spears’ ex-boyfriend Justin Timberlake. Spears first broke into the scene with the 1998 hit “…Baby One More Time” while Aguilera’s “Genie in a Bottle” was released in 1999.

Comparisons were drawn between the two Mouseketeers throughout their careers, and at one point, they both smooched Madonna at the 2003 MTV VMAs — Spears went first.

Disses through media interviews were exchanged back when there were no sub-tweets, but the tension has simmered. Spears’ 2005 blog said, “Britney would love to be close with Christina again.”

In 2012, both were made judges of talent competitions; Aguilera in “The Voice” and Spears in “The X Factor”. Aguilera did not give in to comparisons, as she said: “I welcome her to this family of fun and entertainment and finding new talent as well… I think she’s going to give great advice.”

A collaboration between pop princesses sounds like just the thing to get rid of any bad blood. Niña V. Guno/JB

WATCH: Britney Spears cracks up at fan who yelled at her during the intro of ‘Gimme More’