‘Chassis’: There may be hope after Palace ban | Inquirer Entertainment
Close
menu
search

‘Chassis’: There may be hope after Palace ban 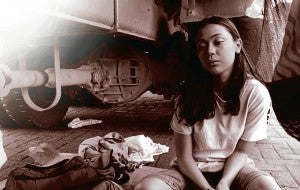 Movie and Television Review and Classification Board (MTRCB) board chair Grace Poe-Llamanzares says there is hope for Adolfo Alix’s controversial film, “Chassis,” even as the Office of the President has banned it from public screening.

“The director and producer (Sunflower Films) have the option to write to the MTRCB appeals committee for a second review. Remember that this group has already passed it. It’s just a matter of convincing the executive office that the film has strong merit and will not incite revolution,” Llamanzares told the Inquirer recently.

Both deliberative bodies deemed that the “explicit image of the aroused penis” is a violation of the MTRCB implementing rules and regulations. They also decided that “there was no redeeming value in the exposure of the penis.”

But after another review, this time by the MTRCB appeals committee, the film was recommended for an “R” (Strictly for Adults) rating—without cuts—because the film “is very moral, has redeeming social values and highlights issues of poverty and labor.”

Llamanzares pointed out, “Most of the [appeals] committee members thought there was literary and cinematic merit to the movie. But then, the nature of this body (MTRCB) is that it can only recommend. The final decision is always with the executive office (Malacañang).”

The review board chief added: “Let’s say it was again rejected, [the filmmaker and producer] now have the choice of going to the Court of Appeals and file a case.”

“Chassis” is the story of Nora (played by Jodi Sta. Maria), who lives with her family under the chassis of container vans parked at Manila’s Port Area. Her husband, a truck driver, cannot provide for their daily needs. She becomes a prostitute to buy food and send her daughter to school.

The movie takes an emotional turn when Nora’s daughter gets hit by a container van and dies. Nora castrates one of her clients in an act of revenge and rage against all the men who have abused her body.

Chionglo said he was “disappointed” with Malacañang’s decision. “I personally think that viewers should judge the film in its totality and not just based on one scene showing the male genitalia,” he stressed. “It is not there for titillation or for shock value. It is, for me, a reflection of what the lead character feels.”

Llamanzares explained that Malacañang’s decision should be respected, though she likewise said that, at the time “Chassis” was presented for review and classification, “the board was still functioning on a holdover basis … I guess this wouldn’t have gone this far if, in the beginning, we had the new board already in place.”

The board’s new members assumed office only on March 8, 2011.

She added that she understood Alix’s predicament and that she sympathized with him. “However,” she said, “I also know that there’s a system that we need to follow at this point. I encourage Adolf to request for another review … Sometimes, when an idea is new and you keep presenting it, it will become familiar to people and they may learn to accept it. Only time will tell—the presentation of a new idea, especially if it has merit, will gain ground eventually.”