What Jolo loves about Ryza 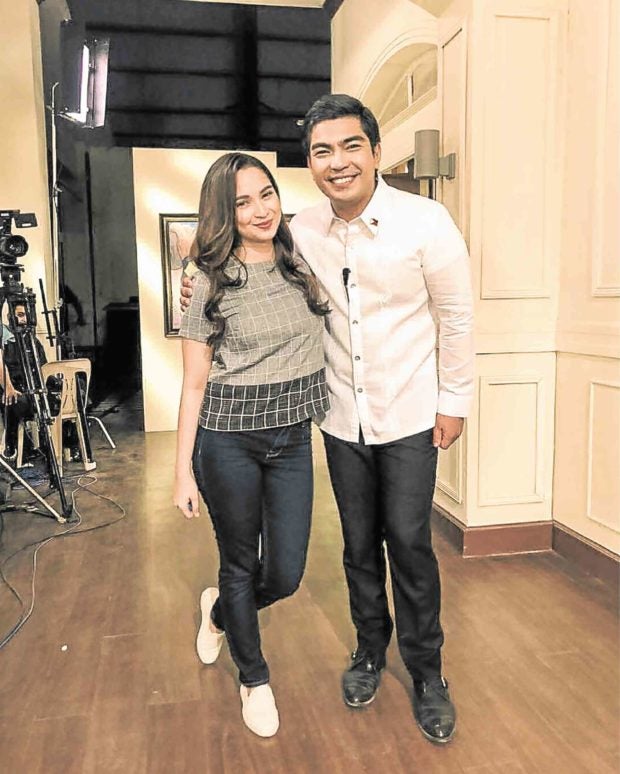 She’s something else,” said Jolo Revilla of Ryza Cenon, to whom he admitted having become close while working on the action-adventure series, “FPJ’s Ang Probinsyano.”

In that show, Jolo plays Harold Casilag, head of the Presidential Security Group, while Ryza is Aubrey Hidalgo, the president’s eldest daughter.

“Ryza is very simple. She lives with her grandmother—that makes her very loving,” Jolo observed. “She’s independent. She drives herself to work. When we need to transfer sets, I sometimes accompany her. I either ride with her or we drive in convoy.”

He added: “I’m happy that she is now with ABS-CBN. She gets more exposure. She is really a good actress. I just learned that we’re the same age. I hope my character doesn’t get killed yet because he and Aubrey seem to be getting more comfortable with each other.”

When asked how comfortable he has become around Ryza, Jolo countered: “I’m also close to Direk Rowell (Santiago) because we have more scenes together. I get to talk with him and Ms Dawn (Zulueta) a lot.”

Meanwhile, Imus Productions is producing “Tres,” an action trilogy that opens on Oct. 3, featuring Jolo and his brothers, Bryan and Luigi. Jolo and Rhian Ramos topbill the episode titled “72 Hours,” directed by Richard Somes, while the other episodes, “Virgo” (starring Bryan) and “Amats” (Luigi), are directed by Dondon Santos.

He is Marcus Reyes, an agent of the Philippine Drug Enforcement Agency, and Rhian’s character, Alexa Albano, is his partner. It also stars Albert Martinez, playing a drug lord who must be captured within 72 hours.

Jolo said it was his dad, beleaguered Sen. Ramon “Bong” Revilla Jr., who conceptualized the movie. “He was supposed to have a part in this, too. We dedicate this to him. We’re praying that Dad gets out (of jail) soon.”