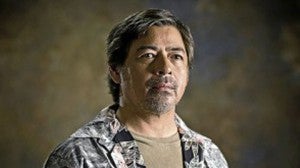 JOEL TORRE: ‘I did it for the experience’

For veteran character actress Ermie Concepcion, it was a “reunion” on at least two levels.

Concepcion, one of a few Filipino actors tapped to portray small roles in Tony Gilroy’s action caper “The Bourne Legacy” (currently shooting in the country), points out that her scene was shot in the same place as that one in her indie film “Amok”: a foot bridge at the busy intersection of Taft and EDSA in Pasay City.

“The American still photographer in ‘Amigo’ now works in ‘Bourne,’ too,” Concepcion offers. “We had the chance to catch up and reminisce about Bohol.”

Torre relates that the “Bourne” team decided to shoot in the country after a Hollywood casting agent came across “Amigo” in the United States.

Torre earlier auditioned for the “Bourne” role that went to “Amigo” costar John Arcilla. Concepcion didn’t clinch the role she tried out for, either. Still, the production found roles that suited Torre and Concepcion who were only too happy to take part in the international project.

“I did it for the experience,” Torre admits. “It’s just a bit role, but it was worth it.” There was talk that bit players received a princely sum—in dollars. “I didn’t do it for the money,” Torre exclaims.

“We got an honorarium, in pesos, but we didn’t mind,” Concepcion says.

More than anything, it was, for them, a rare opportunity to watch the making of a mainstream Hollywood movie up close. “It was a learning experience,” Torre points out. “They’re so organized.”

It’s a process that local productions can emulate, he adds. “We didn’t wait long for setups. Since a lot of time is spent on preproduction, actual shoot goes smoothly.”

“I think they wanted to cover all the angles so that when it’s time to edit, they have all the needed footage,” Torre notes.

United States. “It was my first time to see those types of robotic cameras and state-of-the-art cranes. One camera was mounted on a motorcycle. Another one was operated via remote control.” He said Filipino crew members would surely benefit from such innovative techniques.

Best of all, Concepcion points out, the foreign cast and crew

accorded them ample respect and courtesy. “The director didn’t want me to trip or fall, so he didn’t give me the challenging part,” Concepcion recounts. “That was given to a younger actor.”

Actor Jeremy Renner, after finishing a tricky stunt, asked the

Filipino actors if they were fine and unhurt. Actress Rachel Weisz, Torre recalls, seemed sincerely curious about the country. He heard her wonder out loud why there were so many children on the streets. “But, she said, looking into Filipinos’ eyes, she could see that we’re happy and content.”

“There was no time for chit-chat when we were working, but otherwise they were approachable,” says Concepcion.

Arcilla agrees: “Working with them was a good experience for me, too. They’re so cool. No star complex at all.”

As bonus, they were well-fed on the set. Related Torre, “Japanese, Filipino and continental dishes were served in the extras’ tent. I had never seen so many bit players in my life—1,300 people, and each one had his or her own chair. There were many Portalets, too.”

Actors and movie workers, big and small, are protected by unions, Torre explains. “That’s why bit players are treated well in a Hollywood production. I hope we can someday apply the same system in the country.”