French actor Depardieu in Pyongyang ahead of anniversary 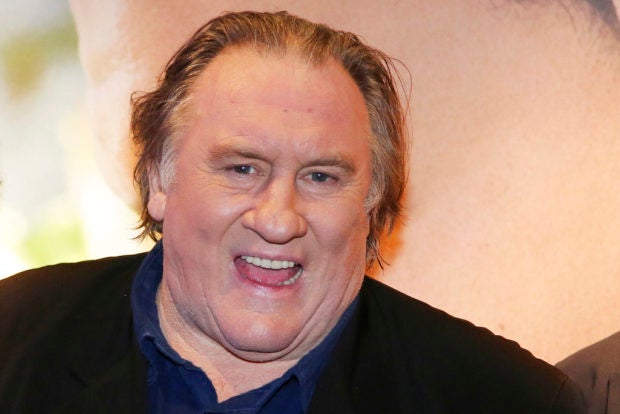 FILE – In this Monday, Nov. 14, 2016 file photo, actor Gerard Depardieu attends the premiere of the movie “Tour de France”, in Paris. A French judicial official says rape and sexual assault accusations against actor Gerard Depardieu are the subject of a preliminary investigation it was reported on Thursday, Aug. 30, 2018. Image: AP Photo/Thibault Camus, File

PYONGYANG, North Korea  — French actor Gerard Depardieu has arrived in the North Korean capital ahead of celebrations to mark the 70th anniversary of the founding of the socialist state.

Depardieu was filmed by reporters in the lobby of a Pyongyang hotel on Friday. He refused to talk to journalists.
North Korea is gearing up to celebrate its 70th founding anniversary on Sunday. The main event as in previous years will be a military parade in Pyongyang’s Kim Il Sung Square.

In August, prosecutors in Paris opened a preliminary investigation of a woman’s rape and sexual assault accusations against the actor. He denies the allegation.

Depardieu has appeared in more than 200 films over six decades. He won a Golden Globe for his performance in “Green Card,” a 1990 romantic comedy. MKH