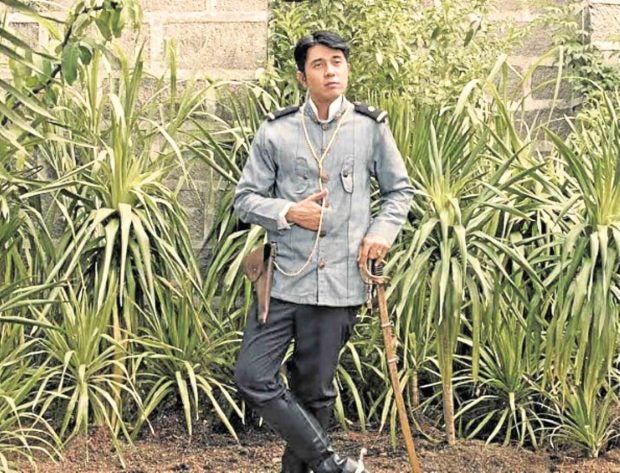 In shooting a pivotal scene in Jerrold Tarog’s “Goyo: Ang Batang Heneral,” actor Paulo Avelino had to dive into a river in the wee hours of early morn.

“The water was cold,” he told the Inquirer in an exclusive interview. “We filmed until 5:30 in the morning, just before sunrise. It was difficult. We needed to be submerged 10 feet underwater.”

The sequence required him to flail and flounder, to panic helplessly because his body lacked oxygen. That didn’t require much acting, he recalled. “I really couldn’t breathe. It was hard!”

Indeed, the historical epic pushed Paulo to the deep end, in more ways than one.

He considers portraying Goyo, aka Gregorio del Pilar or the revolution’s young general, as the toughest challenge in his career. Like the film’s hero, he embarked on a journey of self-discovery. 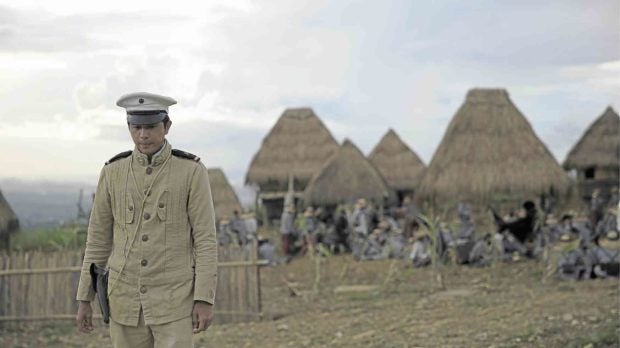 He admitted that when the character Goyo was introduced to him during the filming of Tarog’s “Heneral Luna” three years ago, he didn’t know much beyond what was taught in school. “That he was the hero of Tirad Pass. That he fought the Americans.”

Before “Heneral Luna,” he was never interested in studying history. “When we read history books, we learn how heroes died … but we don’t find out how they lived. We don’t study what they had to go through.”

As such, he endeavored to dig deeper.

“When I was asked to do this film, I did research on my own … and that’s when you get to know more about the person,” he related. “You realize he’s just as human as everybody else. As Jerrold would say: They were not superheroes. They also made mistakes.”

Paulo firmly believes that millennials and other young Filipinos should get reacquainted with the strengths and struggles, the foibles and follies, of our revered heroes.

“One of the things that today’s youth can learn from the film is that heroes are humans, too,” he asserted. “Like us, they also struggled when it came to carrying overwhelming responsibilities. They might be flawed and imperfect, but they did what they had to do for the country.”

That’s why the filmmakers behind “Goyo” tried to present history, not as a static diorama, but as a living, breathing, bloody, messy affair.

“I want to teach children that heroism is very broad,” he explained. “It can be represented in so many ways. It can be as simple as helping someone cross the road. For me, the young heroes of this generation are not just those who are behind the digital world, but also the people who are stepping forward to make a change.”

Inevitably, all films that revisit our past would have to tackle our predecessors’ mistakes.

“We hope the movie will inspire or make people appreciate and love our nation even more,” Paulo professed. “We’re showing a different side of history. We’re showing our heroes and leaders in a different light. Understanding our culture, where we came from, is a big and vital part for our journey as a nation. We need to evolve into something better.”

He expressed the hope that audiences would flock to the theaters to watch “Goyo.”

“I’m excited for people to finally see it,” he quipped. “We worked hard on it. I do feel the pressure for the movie to do well in the box office because the producers (TBA Studios, Artikulo Uno and Globe Studios) are already planning the follow-up movie (on Manuel L. Quezon). I hope it sparks something in viewers, especially the younger audience… that it ignites in them a need for national soul-searching.”