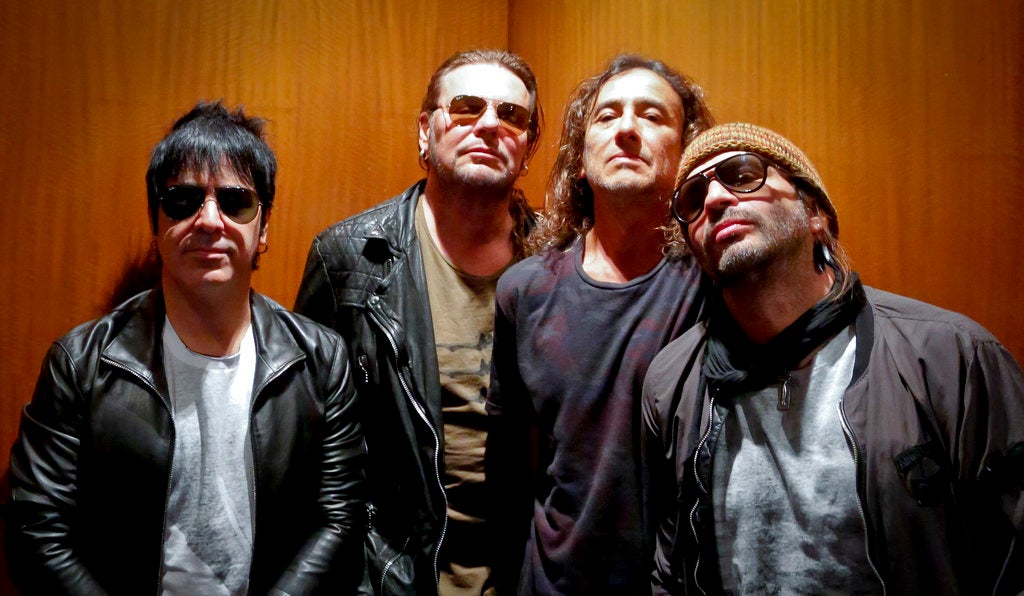 NEW YORK (AP) — Mana will be honored as Person of the Year 2018 by the Latin Recording Academy, and Fher Olvera, lead vocalist of the influential Mexican rock band, can’t help but recall its beginnings “in a little truck,” as they say, chopping wood and carrying water.

“The band Mana started from way, way down,” Fher told The Associated Press in an interview from his house in Guadalajara, Jalisco, Mexico. “Everything that happens in our lives as artists is a huge surprise … so to get to this point where we’re going to be ‘Person of the Year’ of such an important award ceremony is a big achievement. We were very inspired with the news.”

Mana, winner of six Latin Grammys and four Grammys, will be recognized for its achievements and contributions to the Latin community, as well as its constant support to the preservation and protection of the environment and human rights, the Latin academy announced Wednesday.

Olvera, drummer Alex Gonzalez, guitarist Sergio Vallin and bass player Juan Calleros will be honored Nov. 14 at the Mandalay Bay Events Center in Las Vegas, where a variety of Latin stars will be performing some of the hits from Mana’s repertoire, which includes “Vivir Sin Aire,” ”Cuando los Angeles Lloran” and “Rayando el Sol,” among others.

“Mana is an iconic band with a profound social and environmental consciousness that has created captivating and vibrant music for over three decades,” said Gabriel Abaroa Jr., president and CEO of the Latin Recording Academy, in a statement. “Fusing mainly funk, reggae, ska, bolero and a spectrum of Latin rhythms mixed with pure rock, Mana has created true musical anthems.”

“In addition to becoming worldwide Latin music icons, their members have championed for social justice, global equality and encouraged environmental protection using the force of their melodies and lyrics, which repeatedly remind our communities of our strength, resilience and our inherent cultural value,” Abaroa added.

For over 30 years, Mana has used its voice to emphasize environmental, social, political and human rights issues through its songs, concerts and, more recently, social media. In 1996, the band created the Fundacion Ecologica Selva Negra, which works to preserve endangered species, offers educational programs on the environment, and contributes and organizes community development projects. Mana has promoted the Latino vote in the U.S. and Latin American and has denounced what it deems as social injustices in countries such as Venezuela, Nicaragua and Bolivia.

“When I’m criticized as to why I stick my nose in other countries’ internal affairs, that is nonsense, because we are not countries,” said Olvera, who spoke in Spanish. “We are human beings, we are people, and we must care about people. Not only within our own family or our own city or country, we have to care about the people of the world! We are all on the same boat.”

He remembered that since Mana’s beginnings in Guadalajara in the mid-’80s, he and his bandmates saw that rock ‘n’ rollers used their platform to promote a better world. “That’s what John Lennon, or Bob Marley, or Bob Dylan did,” Olvera said.

“Our intention has always been to give something back to our fans, to our Latin American community that has received us from the United States to Tierra del Fuego, Chile and Argentina, in an astonishing way,” he said. “So we give the best we have, which is music, the lyrics that we know how to write, but we also want to use that voice to make Latinos’ life in general a little better in the U.S. and the rest of the continent.”

Another COVID-19 patient dies in Cebu