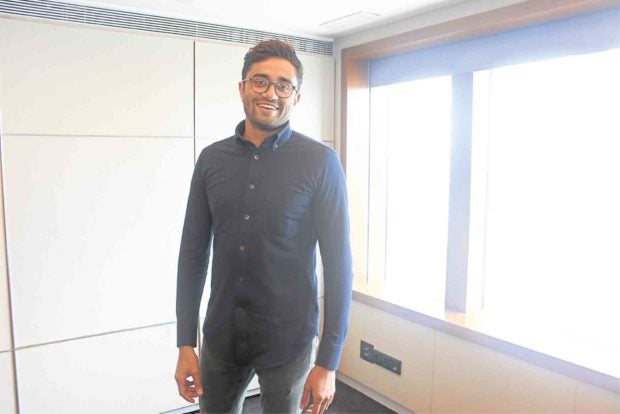 LOS ANGELES—As “Crazy Rich Asians” continues to be a runaway hit, here comes another movie that also features an Asian family: “Searching.” But Aneesh Chaganty’s first directing feature is a thriller—and an innovative, groundbreaking film that is shot from the perspective of smartphones and computer screens. It deserves our support.

A word-of-mouth hit at Sundance early this year, “Searching” is also the first Hollywood thriller topbilled by an Asian-American actor, John Cho. Aneesh and Sev Ohanian wrote the story about a dad (John) looking for his missing daughter, with the help of a detective (Debra Messing).

The film is engrossing to watch from start to finish, despite the absence of traditional camera shots. All the action is shown via smartphones and laptops. It was shot in a record 13 days, but it took Aneesh, Sev and their editors, Nicholas Johnson and Will Merrick, two years to edit and complete the movie.

Aneesh worked with the Google Creative Lab, where his Google Glass spot, “Seeds,” initially caught the tech company’s attention. Born in Seattle, Washington, the 27-year-old is definitely a filmmaker to watch.

Excerpts from our interview with Aneesh in Barcelona, Spain:

Both “Searching” and “Crazy Rich Asians” feature Asian families—a much welcome change. But your movie is a nice counterpoint to “Crazy Rich Asians.” I’m very excited to see that movie because the trailer looks pretty funny. Ours is a perfect balance to that in the opposite arena. It’s a thriller, about a dad looking for his missing kid, and it happens to feature a Korean-American family.

How did you end up choosing a Korean-American family as your main characters? I know Sev completely agrees with me on this, but growing up, all of my favorite movies were action movies, thrillers and mysteries. I never saw myself in those movies, even in the Disney Channel shows. I felt like, if I saw myself, it was often on the side or some stereotype. I told myself when I grow up and get a chance to make movies, I would put those people in stories that had nothing to do with their race or ethnicity.

It was Korean-American because of John Cho. It was about wanting to cast somebody who didn’t look like everybody else in the beginning. But the main character’s name became David Kim, so we went after John, because he’s awesome. 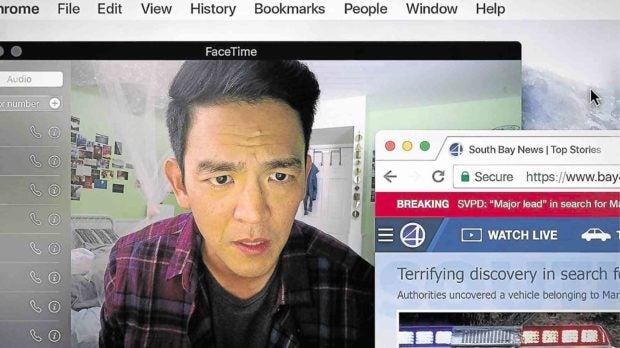 John Cho stars as a dad looking for his daughter in word-of-mouth hit. —SONY PICTURES

Where did you get the idea for the film? Originally, the production company that wanted to make this film had made a movie that took place on a screen way before this. And they wanted to do it again. When they first came to us, they were like, “We want to make a short film that takes place on a computer screen.”

Right after that, Sev and I came up with an idea for a short film version of the movie. When we gave it to the production company, they said, “We want to turn this into a feature film.” My immediate reaction was, “No way, we can’t do this because I don’t think it can be emotional, engaging or artistic.” I felt like the reasons we’d be doing it would be wrong.

The opening montage is like a Google commercial meets Pixar’s “Up.” Sev and I pitched the idea together, and all of a sudden, we felt that we had an opening for this movie that wouldn’t feel like a gimmick, because hopefully, you’d forget the fact that you were watching a movie on the computer screens within the first three minutes.

There are only a couple of made-up websites in the film. There was the live blogging website that Margot (Michelle La) goes on and talks to the camera.

We just made sure that if there was anything negative about a company being portrayed, we made it up.

What cameras did you use? There are crazy ravine sequences and car chases. We shot the movie in 13 days. In movies that portray technology, they always shoot on nice cameras, then in post, downgrade them. We shot every single thing on actual cameras.

In fact, this camera (shows his iPhone) was our A cam for four days. This is an iPhone 7S I haven’t upgraded. I need to, but every time Debra (Messing) or John was using FaceTime, every time the daughter Margot was on the lake, we’d literally be shooting on this. We have a little audio recording thing up on the back.

Then, for all of our Skype and FaceTime footage, we had a GoPro behind a laptop, peeking over the edge.

What were the challenges and pitfalls you had to avoid to keep the story engaging, while keeping it all from the perspective of smartphones and computer screens? The biggest thing for us was that this movie needed to feel cinematic. From Day One, the objective was always, how do we take an object that you use every day, a cell phone, a laptop or a computer screen, and how do we make that into a big-screen experience? In order for us to do that on a narrative level, the story always had to be evolving.

It was a big challenge on a technical level. Then, on a story level, our biggest objective was to make this a classic thriller, just told in an unconventional way.

What are you addressing in these times when we are supposedly more connected because of social media? It was this idea that in a world where we’re so connected … there are these two characters—a father and daughter—who are disconnected.

That ultimately became the guiding post for all of that.

What kind of movies did you watch when you were growing up? I was born in Seattle, and I lived in California my whole life. My parents came to America from India in the late ’80s. The Hollywood movies that would go to India would always be these big blockbuster-type action movies, like “Cliffhanger” and “Vertical Limit.”

So, when my mom came to America, those were the movies she wanted to go see.

Would you make another movie from a digital perspective? No, this film is a concept movie. I don’t think it should be done again, at least for me. I feel like I’ve said everything that I can possibly say with this format.