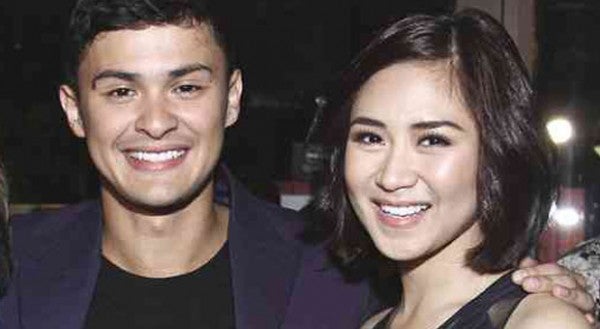 It’s only been less than a week, but Sarah Geronimo’s latest movie “Miss Granny” has since broken records and moved the hearts of many. Geronimo stars alongside Xian Lim and James Reid in the said movie, playing the role of the young Nova Villa who becomes 50 years younger after being photographed at a studio called “Forever Young.”

The movie, directed by Joyce Bernal, saw Geronimo working with Reid and Lim for the first time, a perfect match that was enjoyed by many of their fans.

Geronimo’s boyfriend, Matteo Guidicelli, appeared to be a fan of the movie, too. Guidicelli took to his Instagram on Aug. 27 to gush about the film, praising his girlfriend for her amazing performance.

“Okay, I have to honestly say that I enjoyed this film from the beginning to end,” Guidicelli wrote. “I’m trying my best not to be biased, hhhmmmm maybe a little.”

“But seriously speaking, the film was fantastic,” Guidicelli said in praise of Geronimo. “Sarah was not just great, not just amazing, not just awesome but she was GREAT, AMAZING, AWESOME AND BRILLIANT!! All combined! She throws so much good vibes out of the screen and into the audience!”

But while some may call Guidicelli’s praises just the rambling of a supportive boyfriend, there is indeed merit in his remarks. Viva Films took to their official Instagram account on Aug. 26 to announce Miss Granny’s record-breaking feat.

As per Viva Films, “Miss Granny” has earned P57 million since it opened in 230 cinemas last Aug. 22. It, too, was lauded for being the highest single-day gross for a local movie this 2018, earning P21 million in one Sunday alone.

And it wasn’t just Guidicelli who praised Geronimo for her acting chops. Veteran talent manager and columnist Lolit Solis was also taken by Geronimo and took to her Instagram last Aug. 21 to speak highly of her.

By then, Solis already predicted the success of “Miss Granny.”

It’s palpable that it isn’t just the stage Geronimo can rule. She is as exciting in the movie screen as she is in concert.  /ra

Matteo Guidicelli: I have found ‘the one’