Robin Leach of ‘Lifestyles of the Rich and Famous’ dies 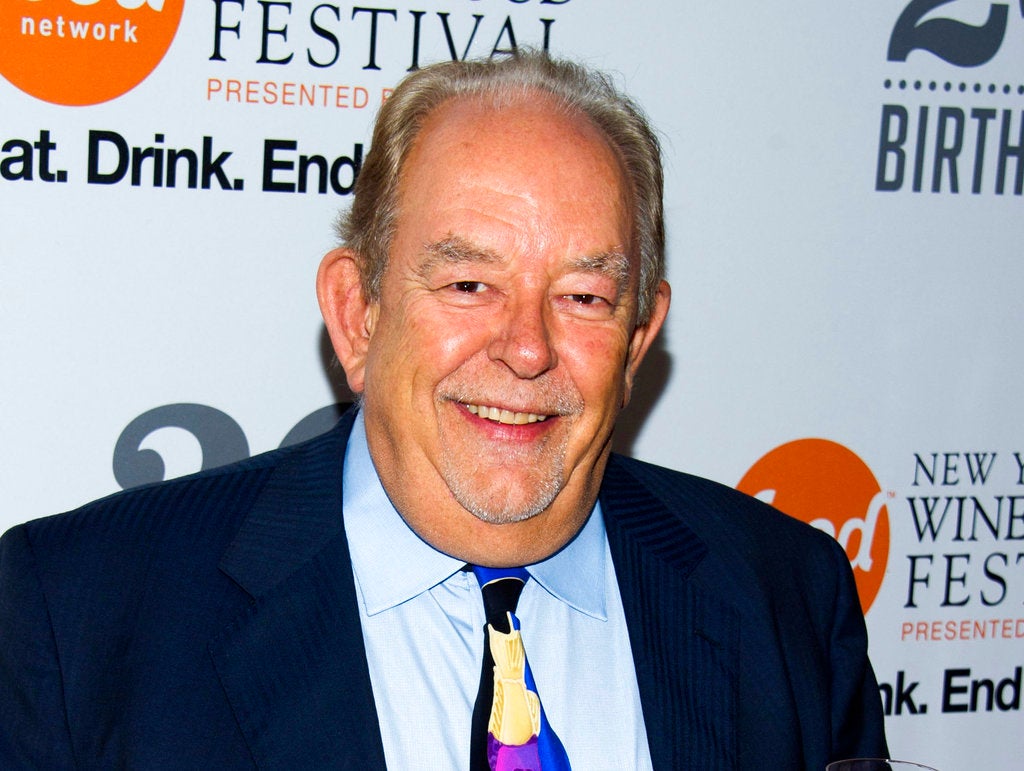 LAS VEGAS — Robin Leach, whose voice crystallized the opulent 1980s on TV’s “Lifestyles of the Rich and Famous,” died Friday. He was 76

His son, Steven Leach, said he died in Las Vegas, where he made his home.

Leach had a stroke in November while on vacation in Mexico that led to a months-long recovery, much of which he spent at the Cleveland Clinic in Ohio before returning to Las Vegas in June. His son said Leach suffered another stroke Monday.

“Champagne wishes and caviar dreams” was Leach’s sign-off at the end of every episode of his syndicated show’s decade-long run that began in 1984.

Celebrities and others took to social media to express condolences and share stories about their interactions with Leach.

“Saddened to hear the news that Robin Leach has passed away,” Celine Dion tweeted. “He was a thoughtful and considerate man, and a great supporter of the entertainment scene in Las Vegas.”

Magician Criss Angel tweeted that he met “Uncle Robin,” as he affectionately referred to Leach, in 2004 and became fast friends.

“There will never be another,” he wrote.

Leach covered the excesses and sometimes gaudy style of the 1980s, a time before oil billionaires, titans of industry and Wall Street traders gave way to sneaker-wearing tech execs as the world’s richest people.

Leach appeared occasionally on the show, but he and his unmistakable English-accent narrated throughout, taking wishful viewers on tours of mansions with diamond-crusted chandeliers, yachts with Jacuzzis, and champagne that ran to four figures. It was much like rap videos would do in future decades.

Leach and producer Al Masini coined the catchphrase and conceived the show.

“He asked me if I could get magnates T. Boone Pickens or Sam Walton to do the show,” Leach told The Huffington Post in 2016. “In my naivete, I said, ‘Of course.’ And thus, ‘Lifestyles of the Rich and Famous.'”

Leach said in later years that someone still shouted “champagne wishes and caviar dreams” at him almost daily. He was constantly parodied, and like other distinctive voices of the age like Arnold Schwarzenegger and Howard Cosell, everyone had a Leach impression.

“Saturday Night Live” consistently satirized him through the years, with Harry Shearer as a subdued Leach hosting “Lifestyles of the Relatives of the Rich and Famous” in the 1980s, and Dana Carvey as a brash, shouting Leach on “Weekend Update” in the 1990s.

“Lifestyles of the Rich and Famous” was the core of Leach’s career that spanned six decades and included stints with CNN, People magazine, Entertainment Tonight and the Daily Mail, where he began as a writer in Britain at 18.

“It is essentially the first reality show that’s ever been on television,” Steven Leach said Friday, referring to his father’s famous show. “He was unique in the fact that he got celebrities to open their houses for him.”

In the mid-1970s, Robin Leach tried out TV as a regular contributor to “AM Los Angeles” with hosts Regis Philbin and Sarah Purcell, and found his calling. He became a regular on television’s morning news and entertainment shows, practicing a sort of tabloid journalism that was more celebratory and light-hearted than tawdry. He often became friends with the celebrities he covered.

Then, in 1984, he landed “Lifestyles of the Rich and Famous” and gained his own fame. The gaudy show became wildly popular but never with critics.

“They wrote that television had reached an all-time-low,” Leach told The Huffington Post. “But I looked at the ratings every Monday morning, and I was rubbing my hands with glee.”

He was also an executive producer and occasional writer on the show, and hosted a brief spinoff, “Runaway with the Rich and Famous.”

In 1999, Leach went to Las Vegas to work with celebrity chefs at the Venetian casino-resort, and made the move permanent, becoming a fixture in the city as he covered the destination’s entertainment and lifestyles for America Online and his own website. He also wrote for the Las Vegas Sun and, most recently, for the Las Vegas Review-Journal.

He made frequent appearances on the celebrity reality TV circuit, hosting VH-1’s “The Surreal Life: Fame Games” and appearing on the celebrity editions of “Wife Swap” and “Who Wants to be a Millionaire.”

He was among the founders of the Food Network, selling his equity for a big payday when the channel took off.

Steven Leach said he wants people to remember his father, who loved Thanksgiving, Christmas and Easter, for his generosity and honesty.

“I think his passion and his excitement was to see people succeed and not take credit for it at all,” he said. “If I were to give you my phone right now, 95 percent of all the texts, they are all exactly like what you are seeing on social media: ‘I can’t tell you how much he helped me early on.'”

Married once and divorced, Leach spent much of his later years in the company of his three sons, Steven, Rick and Greg, and several grandchildren.

“There is this image of a guy in a hot tub, drinking champagne with two buxom blondes,” Leach told the Las Vegas Sun in 2011. “But that is not the real me. I am a father, and I am a grandfather, too.” /muf