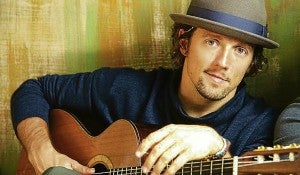 “BREAKING DAWN, Part 1” was one of last year’s worst movies—period. But, if “The Twilight Saga’s” penultimate screen instalment generated countless “Huh,” “Duh” and “What the heck was that?” reactions from dazed moviegoers, it’s ironic to note that the film’s show-stopping theme song— Bruno Mars’ “It Will Rain”—is a winner on Billboard’s Hot 100 and Pop Songs charts, where it bumped Rihanna’s “We Found Love” off the No. 1 spot last week.

The prolific Fil-Am singer is also gaining hit-making traction for “Mirrors,” his song-and-rap collaboration with Lil Wayne that’s as notable for its introspective lyrics as its finger-snapping hooks.

Another pop-chart darling is Jason Mraz, who’s gearing up for his anticipated fourth album, “Love Is A Four-Letter Word.” As we await its release, we’re only too happy to listen to the dreamy “The World As I See It” and the wistful “I Won’t Give Up,” which debuted at the top of the Digital Songs chart recently.

Long before the 34-year-old Grammy-winning tunesmith hit the big time (with the record-setting “I’m Yours”), we were already following his career—because his knack for witty wordplay and hum-worthy melodies (“Clockwatching”) caught our fancy.

Moreover, when we interviewed Mraz for his 2006 gig at NBC Tent, we found the singer’s honesty refreshing: Even as he disputed the rumor that he was gay, Jason described himself as someone who has a “bisexually open mind—but, I’ve never been in a sexual relationship with another man.”

Mraz calmly elaborated, “My mind is open to these things. There are a lot of open minds in the arts—and within my social circle. When you’re raised in that kind of social scene, you question your sexuality, because you have an open mind to love—man or woman!” How’s that for candor?