Review: An X-rated Muppets in ‘The Happytime Murders’ 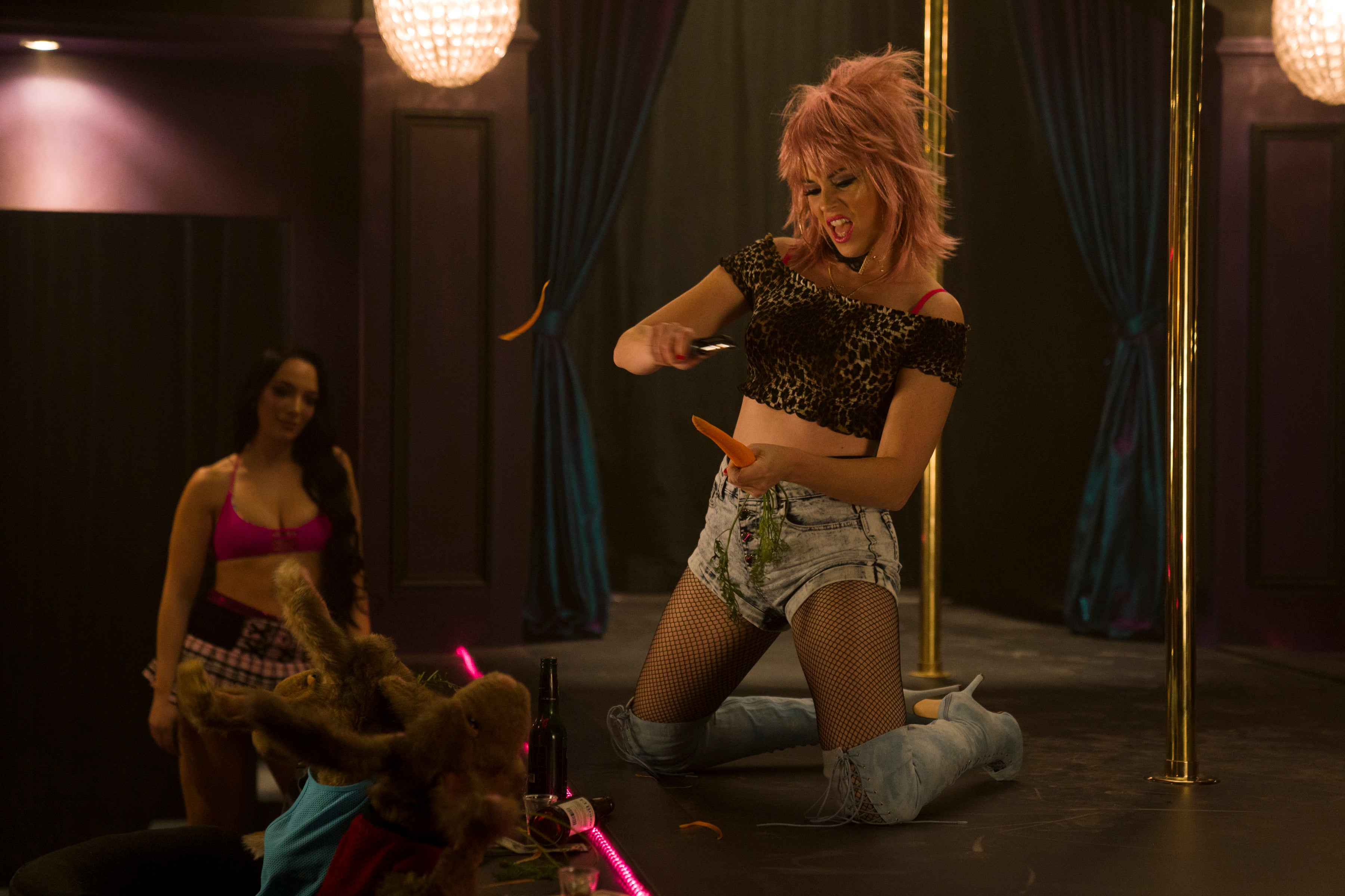 It’s almost reassuring that in today’s often sanitized, assembly-line mainstream moviemaking that a film can be as crude, as off-brand and as bad as “The Happytime Murders.” Almost.

Starring Melissa McCarthy in a seedy, half-human, half-puppet Los Angeles, “The Happytime Murders” is an R-rated, adult-themed puppet adventure from Brian Henson, son of Jim. That in itself isn’t terrible. The elder Henson himself had adult aspirations for the Muppets. (They were, awkwardly, a part of the first season of “Saturday Night Live.”) From Edgar Bergen’s dummies to “Avenue Q” to “Team America” the thrill of puppets saying what they shouldn’t has long held some amusement.

But the humor of “The Happytime Murders,” a Jim Henson Company production featuring a new species of Muppet dubbed Miskreants, is so stale that I suspect even those bitter balcony critics Statler and Waldorf wouldn’t bother heckling it. “Happytime Murders” has been promoted as “No Sesame, All Street,” a tagline that resulted in a lawsuit from PBS (it was dismissed). And Henson (who directed “The Muppet Christmas Carol” and “Muppet Treasure Island”) seems to think the film can coast by purely on cheap giggles from puppets browsing for porn, snorting glitter through Twizzlers and being blown into clouds of cotton.

It can’t. The result is a low point for the Jim Henson Company, a dispiriting and unmitigated misfire whose only upside is that it shows a sloppy, ill-considered movie can still get made, despite today’s quality controls.

“The Happytime Murders” is dispiriting not because it’s crude but because it’s so empty of wit, despite the comic firepower of McCarthy, Maya Rudolph and Elizabeth Banks — a trio not in need of puppet assistance. Yet the film’s clash of cute and coarse makes the toon mash-up “Who Framed Roger Rabbit” look comparatively seamless.

And like “Roger Rabbit,” ”The Happytime Murders” is a detective tale: a film noir with felt. Phil Phillips (puppeteer Bill Barretta) is a private eye like most before him — a cynical ex-cop with Venetian shades in his office — only Phil differs in that he’s occasionally mistaken for a blue sock.

In “The Happytime Murders,” the puppets are second-class citizens with few rights of their own, though more freedom than when they were earlier forced to be entertainers. “Times have changed,” Phil tells a sidewalk performer. “You don’t have to sing and dance for the man anymore.” To make it in Hollywood, some puppets, like Phil’s brother, resort to bleaching their skin and donning more human-like noses.

Phil finds himself on the trail of a “Seven”-like killer who is killing all of the stars from a former puppet sitcom, “The Happytime Gang.” The case reunites him with his former partner (McCarthy). In their pursuit, the puppet deaths, whether by bullet or dog bite, are frequent and messy. For a movie about the dignity of the puppet in a human world, it derives a lot of glee from seeing them torn to shreds.

Maybe Muppets could make salient sociopolitical metaphors. Maybe letting them run amok in a grown-up world could be funny. Maybe Gonzo’s chicken fetish is worth investigation.

But such a parallel universe doesn’t exist in “The Happytime Murders,” which uses its premise for only a parade of ghastly scenes of sex, violence and expletives. None pay off, not even the prolonged finale of a desk-side tryst, complete with a Silly String burst. Despite the (human) comedic talent, only Rudolph lands a single joke.

It’s all such a painfully far cry from the heights of the Henson empire. As Rowlf the Dog once sang, “I hope that something better comes along.”

“The Happytime Murders,” a STX Entertainment release, is rated R by the Motion Picture Association of America for strong crude and sexual content and language throughout, “and some drug material.” Running time: 91 minutes. One star out of four.