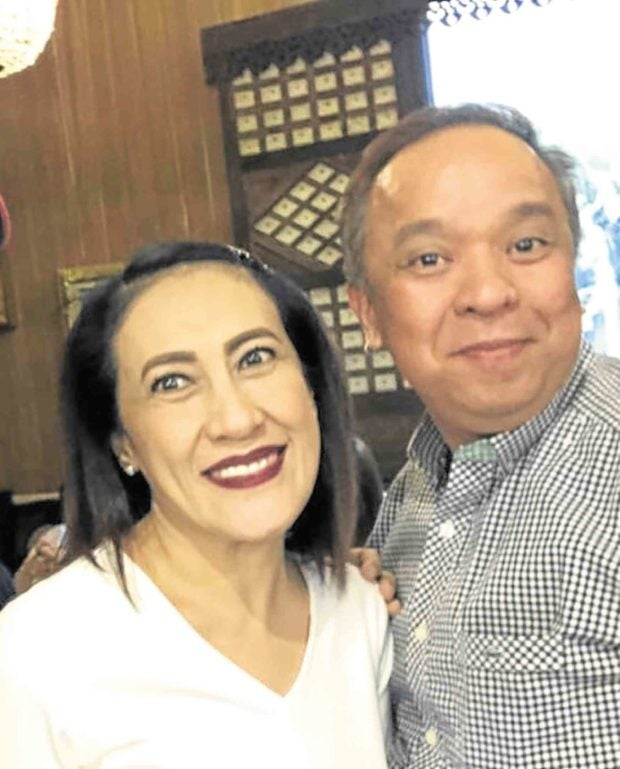 Ai-Ai delas Alas’ son Sancho posted a video of the exact moment she had learned of her Cinemalaya win as best actress for “School Service.” The Facebook vid showed the comedienne weeping buckets at the dinner table. She was unable to attend the ceremony because of a previous appointment.

“I never thought I would win because there were many good performances this year,” Ai-Ai told the Inquirer.

She likewise dedicated the award to her children and husband, director Louie Ignacio, producer Baby Go and costars, specifically the child actors, and Joel Lamangan and Joe Gruta, who portrayed her brother and father, respectively.

“Our hard work paid off,” she said. “We were always tired and dirty shooting on the streets of Manila. We kept at it. Tira lang nang tira. Ganoon ang indie e!”

They tried to make it as real and raw as possible. “Totoong ganap ’yon. We had no air-conditioned tents, unlike in mainstream movies. We just waited on the sidewalk.”

She recalled a grueling day during the shoot. “My confrontation scene with a woman took three takes,” she recounted. “I didn’t want to hurt my costar, so I tried to fake it. But Direk Louie wanted me to slap her for real. After every scene, I would say sorry to my coactors, especially the kids.”

She was surprised to learn the identity of the woman she had struck in that distressing sequence. “I didn’t know she’s the mother of Therese [Malvar]. Nasampal ko silang mag-ina!”

Ai-Ai would frequently ask the bystanders not to post videos of those brutal scenes on FB, lest they may be mistaken for real acts of cruelty and violence against women and children. “The people clapped and laughed [in response].”

The jury commended Ai-Ai “for her very realistic portrayal of a hateful woman trying to retain a modicum of humanity in her.”

Her director was confident that Ai-Ai could pull it off from the start. “She was my first choice for the role. I knew that she could achieve my vision and show many layers of acting.”

Direk Louie admired her sincerity. “She was like a real beggar. She was different and intense!”

Her reinvention from box-office star to acclaimed indie actress is one for the books, she conceded. Thus far, she is the only comedienne who has won both the Metro Manila Film Festival and Cinemalaya best actress awards.

“God is good. He was the one who planned my career and life on earth,” she quipped. “I am honored to receive a prestigious award like this. One more to go: A Gawad Urian!”

“This trophy serves as a reminder for me to continue working hard … [and] to remain humble,” she added. “I still have to keep innovating. I still have a lot to learn.”