From fest viewer to Cinemalaya filmmaker 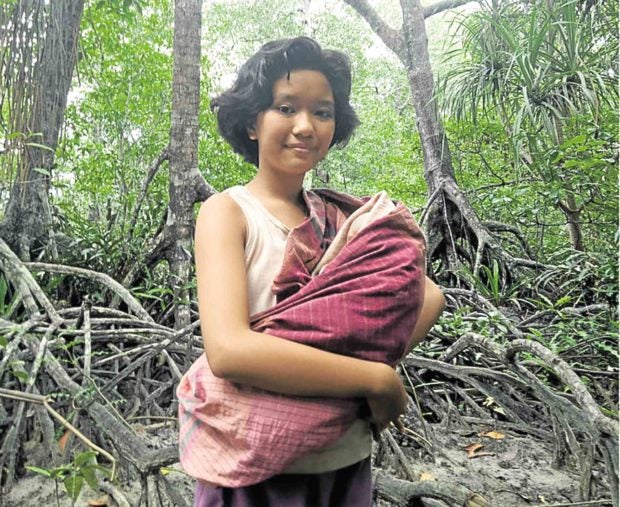 “It all started in Cinemalaya,” he told the Inquirer in Filipino. The filmmakers and their films served as inspiration for Arondaing to pursue the craft.

“It pushed me to write and to dream,” related Arondaing, who is taking up Multimedia Arts in De La Salle-College of Saint Benilde.

Last year, he joined the fest with “Sa Gabing Nanahimik ang mga Kuliglig,” which was set in Cuyo, Palawan.

This year, he returned to Palawan and Cinemalaya, with the war drama, “Musmos na Sumibol sa Gubat ng Digma (Unless Water Is Safer Than the Land),” which tackles the raging conflict in southern Philippines. (San Vicente, Palawan, substituted as Mindanao in the film.)

In the movie, the locale proved to be an important character, if not a willful adversary, for the filmmaker.

Arondaing tempted fate during the five-day shoot in the forests and mangroves of San Vicente. “It rained and we had to change locations several times, but we continued shooting.”

In the middle of a sequence, they had to pack up and transfer because the shifting tide would make crossing the mangroves quite difficult and dangerous. “We didn’t want to get stranded in the jungle.”

Upping the ante, Arondaing chose to work with three children, including an infant!

“The story revolves around a young boy and girl,” he explained. “I had to make [child actors] Junyka Sigrid Santarin and JM Salvado understand what they were doing in each scene, so that they could deliver what was required by the script.”

At one point, the director volunteered, “Junyka burned up with fever. We had to halt the shoot. Good thing, we had a doctor with us on the set.”

Still, they persevered and prevailed against all odds.

Arondaing felt strongly about the script, which melds religious traditions and the struggles of flawed people—much like his previous Cinemalaya film, “Sa Gabing Nanahimik ang mga Kuliglig,” which utilized the Stations of the Cross and Catholic iconography. “Musmos na Sumibol sa Gubat ng Digma,” on the other hand, quoted the Koran throughout the narrative.

He wrote the story during a scriptwriting workshop under filmmaker Jun Robles Lana in 2016. Lana helped Arondaing and his fellow workshoppers flesh out and finish their scripts.

Arondaing recalled that the news stories coming out of Syria had served as takeoff point for “Musmos.” “I read about two Syrian kids who tried to reach the border by sea, but their boat capsized,” he recounted. “I thought the same tragedy could’ve happened in Mindanao. Some choose to continue fighting, while others flee.”

He asserted that he was motivated to tell the story “to spread the message of harmony and reconciliation and stop the culture of killing and revenge.”

But can love prevail in a time of war?

“Yes, love can win if we learn to forgive and humble ourselves. That’s my film’s message: To learn from mistakes and correct them.” He summed up his film as “a prayer for peace and unity of all Filipinos.”

The Cinemalaya awards is tonight.