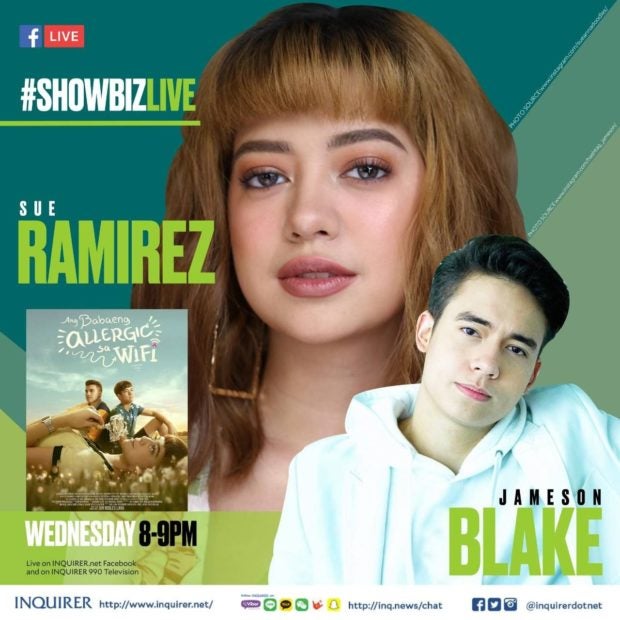 Sue Ramirez and Jameson Blake, the stars of “Ang Babaeng Allergic sa Wifi,” are set to chat with their fans online as they guest on Inquirer ShowbizLive on Wednesday, August 8.

The film revolves around the story of Norma, a girl with suffers from electromagnetic hypersensitivity syndrome which prevents her from being near a cellphone, tablet, laptop or even wi-fi connection.

Norma had to live in far-flung place where there is no internet or phone signal, making it impossible for her and her love interest Leo, played by Marcus Paterson, to communicate regularly.

Catch the stars of “Ang Babaeng Allergic sa Wifi” on Inquirer ShowbizLive, which airs every Wednesday at 8 p.m. on INQUIRER.net, Facebook, YouTube and Periscope.

For more showbiz inside stories, follow the hosts on their Instagram accounts: @Ervinsantiago7 – Ervin Santiago and @zelabanilla.   /vvp