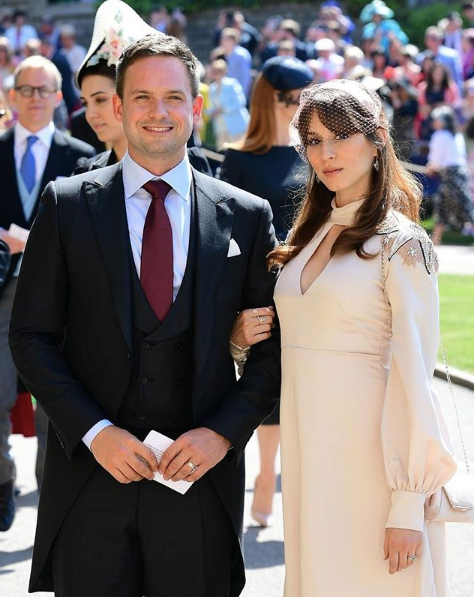 A source confirmed to the entertainment news site that the “Pretty Little Liars” actress is pregnant after she was rumored to have a baby bump in May. Both actors have yet to make an official announcement.

Last May 28, the Daily Mail shared photos of the couple while they were on vacation on the Greek island of Mykonos. Bellisario wore a brown one-piece swimsuit covering up her stomach, which seemed larger than usual.

Since the paparazzi snaps, the svelte actress has avoided sharing photos that show her midriff.

A week before their Greek getaway, Bellisario and Adams attended the royal wedding. Both actors starred in “Suits,” where Adams played Meghan Markle’s love interest and Bellisario made an appearance as Adams’ character’s former flame.

Interestingly, Adams made a cameo in “Pretty Little Liars” in its first season in 2010 in a bid to win her back when they first broke up after they had begun dating.

They met in 2009 during the play “Equivocation” and though it’s unclear when they first started dating, they’ve experienced being in a long-distance relationship when “Suits” filmed in Toronto and “Pretty Little Liars” was shot in Los Angeles.  Niña V. Guno /ra

Patrick J. Adams on mangoes, pot, and why his lawyer TV role has his mother laughing