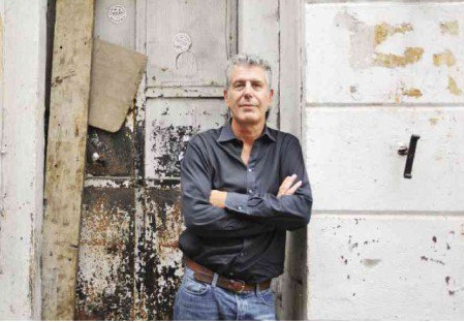 World-famous chef Anthony Bourdain was shooting the twelfth season of his travel and food show dedicated to the culture and cuisine of little-known places when he took his own life in France in June. The episode that follows him to Kenya was the only one to be completed before his death.

To finish the other shows in the final season, the directors drew on audio recorded while shooting and interviews with Bourdain. For viewers, the seven episodes will differ from previous seasons of “Parts Unknown” in that they will not have the globetrotting author’s distinctive narration.

In this new series of journeys, Bourdain entered restaurant kitchens on the Lower East Side in Manhattan, New York, in Texas, and on the U.S.-Mexico border, and traveled to Indonesia and the Asturias region of Spain. Viewers will not be shown the episode that he was filming in Strasbourg when he committed suicide.

The penultimate episode will offer a behind-the-scenes view of the shooting of “Parts Unknown”, and the final show will focus on Anthony Bourdain’s legacy in the worlds of gastronomy and television. JB

Read Next
Catriona Gray excited to compete in 2018 Miss Universe pageant
EDITORS' PICK
Harnessing technology for quality education
‘I believe’: Hidilyn Diaz bucks the odds to win historic Olympic gold
Hidilyn Diaz wins weightlifting gold in Tokyo Olympics
Connect to PH’s fastest network with new Signature Plan Lite at only P599 per month
Tips for a cheerful life
Golden girl Hidilyn Diaz ‘nervous’ but never in doubt during Olympics performance
MOST READ
Hidilyn Diaz wins weightlifting gold in Tokyo Olympics
Go to war with China over West PH Sea? It will be a ‘massacre’, says Duterte
Hidilyn shoots not only for gold but also for permanent place in PH sports history
Hidilyn Diaz overcomes struggles to make history for PH with gold medal
Don't miss out on the latest news and information.