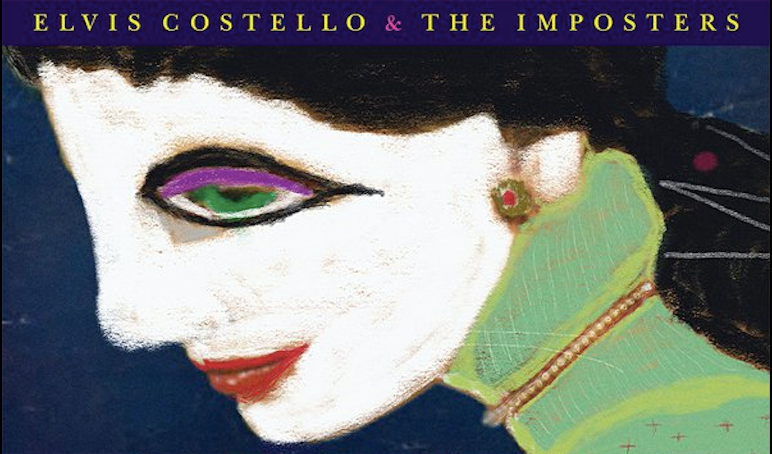 Elvis Costello and The Imposters have announced they have a new album called “Look Now” coming in October, and they’re offering a preview with the release of two tracks, “Unwanted Number” and “Under Lime”.

“Look Now” was recorded in Hollywood, New York and Vancouver and is Costello’s first album with The Imposters since 2008’s “Momofuku”.

Costello has since released an album of his own, the 2013 Roots collaboration “Wise Up Ghost”.

Most of the album’s 12 tracks were written by Costello, and two were co-written by Burt Bacharach, who plays piano on both the ballads “Don’t Look Now” and “Photographs Can Lie”. “Burnt Sugar Is So Bitter”, meanwhile, was written with Carole King.

“Look Now” is due out on Oct. 12. Starting now, those who pre-order digital versions of the 12-track album or a 16-song deluxe edition will get an instant download of “Under Lime” and “Unwanted Number”.

Last month, Costello and the band revealed plans to tour in support of the forthcoming album, with a 20-date, coast-to-coast North American tour that runs Nov. 2 to Dec. 4. Find details at www.elviscostello.com. JB

Opera based on Pink Floyd album ‘The Wall’ makes US debut

Read Next
WATCH: Mysterious first teaser for Emma Stone, Jonah Hill series ‘Maniac’
EDITORS' PICK
vivo brings to the Philippines a powerful smartphone with a slimmer body, the vivo Y02s for only PHP 6,499
Apple warns of flaw that lets hackers into iPhones, Macs
46% of schools nationwide to have full face-to-face classes on Aug. 22
House energy committee chair Arroyo bats for cheap electricity
What to watch out for when selecting a video surveillance solution
Heads may roll at BOC, says Palace if sugar smugglers are allowed to use recycled import permits
MOST READ
DepEd to give teachers P5K cash allowance within first week of classes
LOOK: Miel Pangilinan dazzles in glittery pre-debut shoot
Man abducted in Batangas gasoline station, found dead in Quezon
Dressing the dead: Indonesian villagers clean corpses in afterlife ritual
Don't miss out on the latest news and information.