Janine Gutierrez shrugs off AlDub fans’ calling her a ‘starlet’ 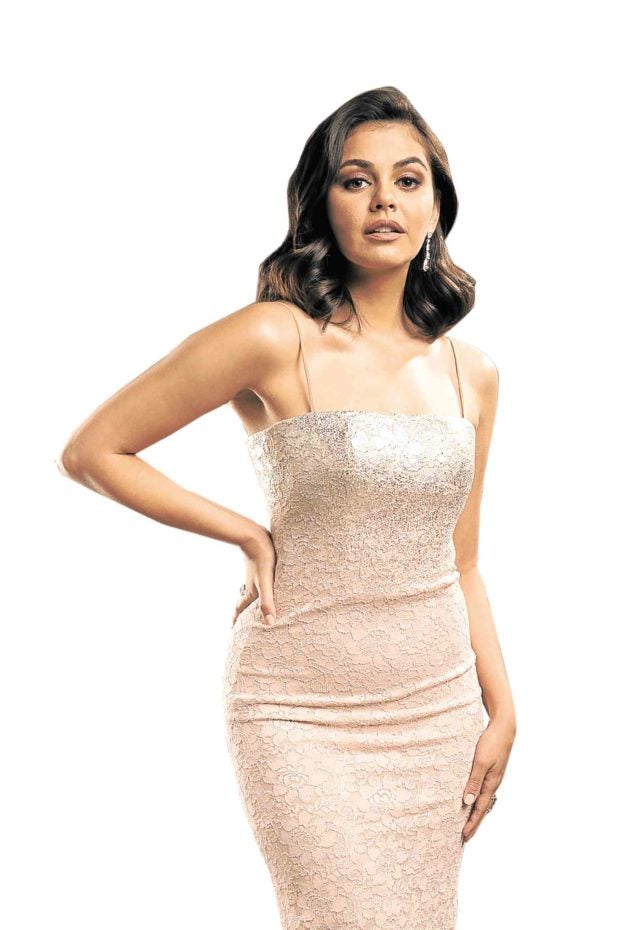 I’m actually thinking of having a shirt made that says ‘starlet,’” Janine Gutierrez told reporters at a recent press conference for GMA 7’s “Victor Magtanggol.”

Janine was reacting to being called a “starlet” and other negative comments from some overprotective fans of AlDub (the love team of Alden Richards and Maine Mendoza).

Curiously enough, AlDub fans even made fun of her birthmark on her left arm. “Pati ang balat ko na nananahimik, nadamay!” she jested.

“But I don’t mind. I knew what to expect before I entered show biz, because I practically grew up here. I saw what my parents had to deal with back then,” pointed out Janine, adding that accepting the role in “Victor” (top-billed by Alden) was purely work. “I don’t want to hurt, anger or disappoint anyone.”

Thankfully, Janine added, the messages of support outweigh the hurtful ones. “I’m not at a level where I can demand or choose my projects. I’m just happy I’m being given work.”

On Alden, Janine said: “Working with him is fun. He’s a kind person and sees to it that everyone’s doing fine. Things just feel light on set, because we’re all excited about the show and its story.”

Asked about her relationship with her rumored boyfriend Rayver Cruz, Janine said: “Well, I’m happy when I’m with him.”

Janine recently went on a trip to Japan with Rayver, and is often seen joining the actor’s family gatherings.

“I’m thankful that Rayver has such a kind family,” she said. “We have been close for quite a while, so meeting his family was easy.”

While Rayver posts pictures of him and Janine together once in a while, the actress keeps that to a minimum. “I don’t want my love life to be the most interesting aspect of my life and career,” she said. “I want to be known for the work I do, the shows I’m part of.”

On Lotlot de Leon’s recent engagement to her fiancé of six years, Janine admitted that she never thought her mother still had a desire to get married for a second time.

Lotlot is reportedly planning to tie the knot with Fadi El Soury, a Lebanese businessman, in an intimate beach wedding in December.

“After her boyfriend proposed to her, she called me and my siblings immediately, and told us that she had been given a ring,” Janine recalled. “We were thrilled. Her happiness is important to us.”

Asked about her relationship with her “future stepfather,” the 28-year-old actress said she “really likes” Fadi, and was appreciative of the fact that he took good care of her mom.

“There are times when I can’t visit my mother, because of work or because I sometimes don’t get enough sleep. But now, I’m confident that someone’s always going to
be there for her when we can’t,” related Janine, who believes her father, Monching Gutierrez, is just as happy for his ex-wife.

“My mom and dad have always been good. They see each other when we (siblings) celebrate our respective birthdays,” she said. “I know that Papa’s love for Mama is forever and that he’s happy.”

Lotlot need not ask for her blessing, Janine said. “She’s our mother, after all!” Now, if it were the other way around, she would definitely need to ask for Lotlot’s grace.

COVID-19 booster vaxxing for A4 priority group may start by Dec. 10 — Galvez