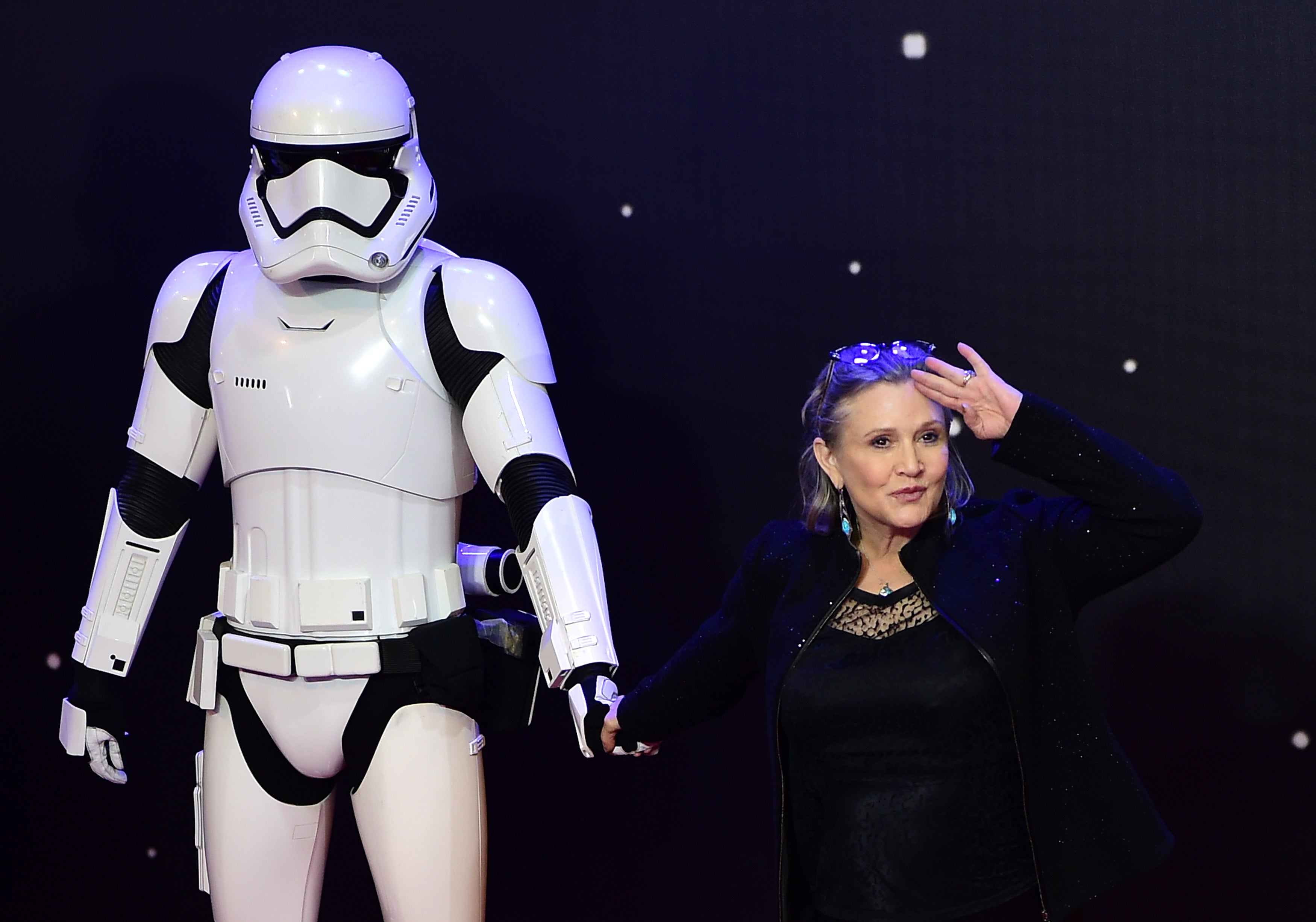 (FILES) In this file photo taken on December 16, 2015 US actress Carrie Fisher (R) poses with a storm trooper as she attends the opening of the European Premiere of “Star Wars: The Force Awakens” in central London. July 27, 2018,”Star Wars: Episode IX” begins filming next week, Disney said Friday, in a shock announcement revealing it will feature both Carrie Fisher in a posthumous appearance and series star Mark Hamill. / AFP PHOTO / LEON NEAL

The final installment of the Skywalker saga — which began in 1977 with “Episode IV: A New Hope” — is due for release worldwide in December next year.

It picks up the saga after the protagonist, Hamill’s Luke Skywalker, appeared to have been killed off in the last episode. Fisher’s Princess Leia was still alive at the end of 2017’s “The Last Jedi” but the actress herself died a year earlier, in December 2016.

“We desperately loved Carrie Fisher,” said J.J. Abrams, who is back at the helm for “Episode IX,” having directed “Episode VII: The Force Awakens” in 2015.

“Finding a truly satisfying conclusion to the Skywalker saga without her eluded us. We were never going to recast, or use a CG character,” he added in a statement.

Disney said Fisher’s role would be gleaned from previously unreleased footage from “The Force Awakens,” with the blessing of her daughter, Billie Lourd.

It is not the first time Fisher’s likeness has featured in a “Star Wars” movie despite being absent from its filming.

“Rogue One,” a 2016 spin-off from the main series, directed by Gareth Edwards, had been in theaters for a couple of weeks when Fisher’s death from a heart attack was announced.

A much younger version of Fisher as Leia appears in that movie, thanks to the controversial application of computer wizardry to animate her image.

Composer John Williams, who has scored every chapter in the “Star Wars” saga, continues his unbroken run for the next adventure. /muf