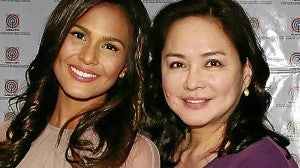 “I’m not out to snatch work away from other ABS-CBN talents. I hope we can all work together,” said award-winning actress and former Kapuso star Iza Calzado, who signed a three-year contract with the Kapamilya network on Tuesday.

Iza, daughter of dancer-choreographer Lito Calzado, joined GMA 7 in 1999 and was seen in the youth-oriented show “Click.” In 2004, she starred in her first drama series, “Te Amo: Maging Sino Ka Man.” The following year, she played the role of Amihan in the fantasy-adventure “Encantadia.” Her last Kapuso show was the sitcom “Andres de Saya,” opposite Cesar Montano.

Her first project as Kapamilya star will be as host of the second season of the reality show “The Biggest Loser: Pinoy Edition,” replacing Sharon Cuneta.

Iza pointed out that she never entertained offers from other networks until her contract with GMA 7 expired. Her talent manager, Noel Ferrer, said Iza’s contract expired on November 14 but the actress only agreed to meet with ABS-CBN bosses in December.

Are you aware that ABS-CBN already has a lot of under-utilized talents in its pool?

I know … but I’d like to think that I have something different to offer. Iba-iba kami. Maybe we can all work together. 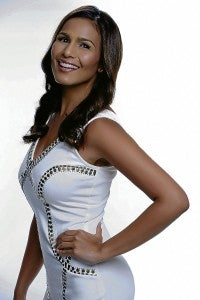 “I’D LIKE to think I have something different to offer,” says Iza.

What were your considerations before signing up with ABS-CBN?

I wanted to experience new things and, hopefully, evolve into a better artist. I can only do that if I step out of my comfort zone [in GMA 7], work with new people and be challenged.

For a while, people thought you were moving to TV5.

I hosted a New Year event in Makati sponsored by TV5. But it was offered to me before TV5 got involved.

Your dad had been very vocal about his wanting you to move to another network. Was that one of the considerations, too?

Tita Maribeth Bichara (dancer, choreographer) came up to me during the recent Star Awards and said, “Your dad wanted you to transfer.” I was ready to renew my contract [with GMA 7] then, but was shaken with what she said. I couldn’t stop thinking about it, even when I already went to Dubai in December for a vacation.

When Noel and I met to discuss my contract, he said, “Do you want to hear what (ABS-CBN) has to offer?” I said, “I’m old enough to know that I should have an informed decision before I sign any contract.” So I did just that.

You’ve done different projects with GMA 7. What do you want to do in ABS-CBN?

Marami pa. I’ve never hosted a reality show before. I didn’t really get to explore my hosting skills, apart from “Eat Bulaga,” of course. I’m very excited about this new show. An artist can do many things.

What happens now to your hosting gig in “Bulaga”?

Unfortunately I had to say goodbye to the show … Mr. T (Tony Tuviera, Tape Inc. chair) said he understood my decision, and only hoped I could still make movies with them. Mr. T’s last text message to me was, “You’ll always be my anak.” My bond with him is more personal because he’s a family friend.

Are you emotional about leaving GMA 7?

Yes, but I’m not going to cry anymore because I already did many times, especially when I was saying goodbye. The people in GMA 7—Tita Lilybeth (Rasonable), AMGA (Anette M. Gozon-Abrogar), Tita Ida (Henares), Redgynn (Alba)—really took care of me.

What do you expect from your new home studio?

I don’t want to expect and end up feeling disappointed. I’m very hopeful that what I want will happen—to grow, to be fired up. I’m very excited!

What are your plans for your 10th anniversary in May?

I will still discuss it with my new bosses. I still consider myself new in this business. I want to shake things up! All the decisions I’ve been making are for the long term, not just for the next three years.

I also want international recognition. I know that TFC (The Filipino Channel, an ABS-CBN affiliate) will be able to help me. I expect to be a better artist. All the decisions I’ve made so far are related to improving myself as an artist.

Read Next
Shuttling between LA and Cavite
EDITORS' PICK
Metro Manila’s daily COVID-19 growth rate drops to 2% — Octa Research
Over 3 Million worth of prizes to be won at Smart Padala’s SENDali Manalo Promo!
SMDC’s Bloom Residences: A master planned community that cares for your health and wellness
What to expect as Metro Manila starts ‘no vaccination, no ride’ policy on Monday
COVID-19 cases in PH pass 3.2 million mark with 37,154 new cases — DOH
Upsilon, Unilever give ‘real talk’ on climate change crisis
MOST READ
IATF protocols now apply to travelers who arrived on or before Jan. 13
‘Not my loss’: Did Kris Aquino just comment on her breakup with Mel Sarmiento?
Thailand records first Omicron death
Tito, Vic and Joey still not quitting, breaking trends as they celebrate 50th year in the biz
Don't miss out on the latest news and information.