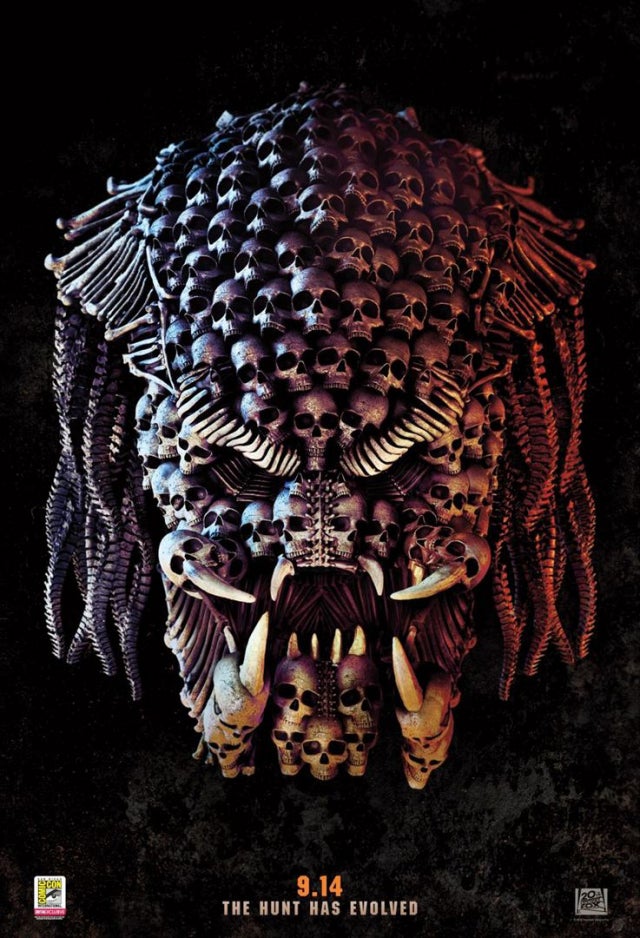 The movie, due out on September 14, will reacquaint audiences with the deadly extraterrestrial made famous in the 1987 blockbuster starring Arnold Schwarzenegger.

Shane Black’s modern take on the cult series — five films in total, including two crossover releases with the Alien franchise — sees the universe’s most lethal hunters returning smarter and deadlier thanks to genetic modifications.

“There’s a faction on Predator homeworld that’s been bested not once, but twice, by earthlings,” said Black.

“They send their champions to earth, and they don’t come home. They don’t like that. So we figured they want to punch back.”

The Hall H crowd at Comic-Con was treated to detailed footage including a look at Munn’s government scientist in a hotel room with a group of ex-soldiers who’ve just got away from one of the alien hunters.

Another clip shows a Predator almost getting the better of Munn, Tremblay (“Room”), and Boyd Holbrook (“Narcos”) before getting taken out and beheaded by a bigger, previously unseen “Ultimate Predator.”

Black described the latest aliens as “completely savage, brutal creatures,” adding that their genetic augmentation would not only affect their size but improve their bloodcurdlingly efficient killing stlye.

Previous installments have taken place in jungles and built-up cities but the suburbs are the theater of war in “The Predator.”

Black said he hoped his version would be a “Dirty Half Dozen” and paid homage to the 1987 original movie, describing it as “a piece of perfect pop art.”

“(It was) the alien craze of the 1980s and the Rambo craze, put together. And it had a wink to it, because you had these muscular guys with weapons that were absolutely ridiculous.” MKH

Comic-Con programming kicks off with ‘The Predator’

WATCH: ‘The Predator’ is out to prey on people in new trailer