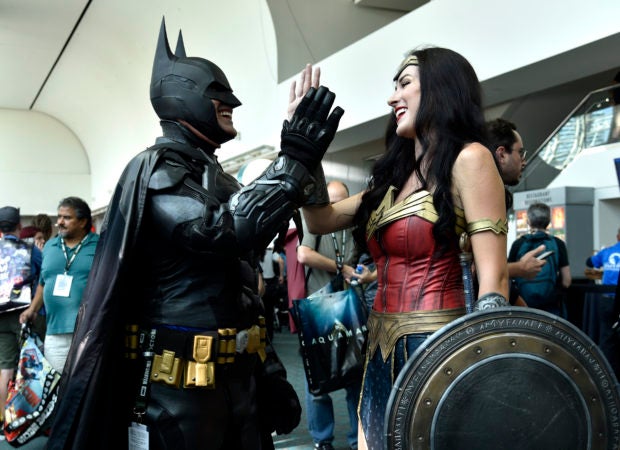 Armando Abarca, left, dressed as Batman, and Jessica Rose Davis, dressed as Wonder Woman, of Los Angeles, high five each other as they attend day one of Comic-Con International on Thursday, July 19, 2018, in San Diego. Image: Invision/Chris Pizzello via AP

SAN DIEGO (AP) — A digital subscription service for DC Comics superfans launching in the fall of 2018 has set its annual membership fee at $74.99.

DC Universe and Warner Bros. Digital Networks announced the pricing plan Thursday at San Diego Comic-Con along with a trailer launch for one of its original live-action series, “Titans”, starring Brenton Thwaites as Dick Grayson.

The service gives subscribers access to a massive archive of classic DC films, comic books and television shows, in addition to its planned original and live-action series.

Monthly memberships will be available for $7.99 a month. CC

How ‘Deadpool 2’ referenced every superhero franchise from Marvel to DC