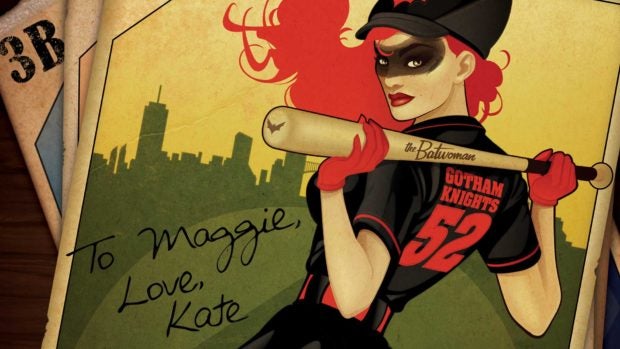 A live-action series for the first-ever lesbian DC superhero, Batwoman, has been put in development by The CW for 2019 consideration.

The CW is teaming up with “The Vampire Diaries” executive producer Caroline Dries and CW Arrowverse architect Greg Berlanti to bring the openly lesbian superhero to life, as reported by Deadline yesterday, July 17.

“Arrow” star Stephen Amell together with CW president Mark Pedowitz revealed in May that the December 2019’s crossover event will feature the lesbian superhero. Moreover, Gotham City, where Batwoman hails from, will be included in the expanding “Arrow”-verse.

Casting for an actress, most probably a lesbian, to play the role of Batwoman is slated to begin soon for the “Arrow”-verse crossover event, as stated in the report. If the lesbian superhero’s series is given a go on 2019, the same actress will play the lead character.

Batwoman is a pioneer for LGBTQ+ comic representation, establishing her identity in 2006 as the first DC superhero who is part of the LGBTQ+ community.

The lesbian superhero’s story revolves around the story of Kate Kane, an overachieving military student who was dismissed from the military academy for her sexuality and gender preference.

After encountering Batman, Kane decided to join the masked superhero in fighting criminals, becoming Batwoman. But with self-destructive tendencies just like her ally, Kane must first fight her demons before saving the city of Gotham. Kate Matriano/JB