‘Downton Abbey’ is coming to the big screen 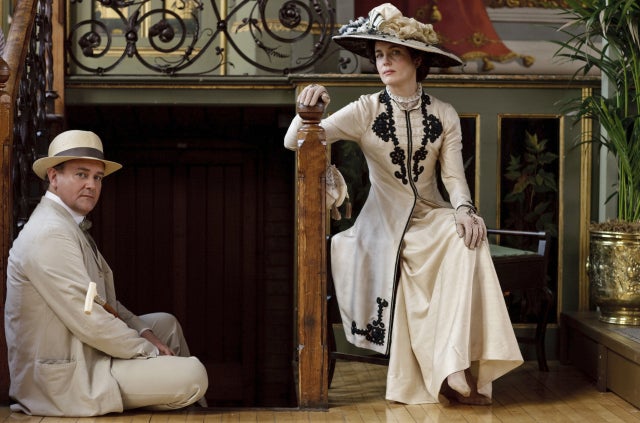 he six-season television series ran on Britain’s ITV from 2010 to 2015, and in the United States on PBS’ Masterpiece. Image: Carnival Films/Masterpiece via AFP

It was the soapy period drama about the upstairs-downstairs lives and loves at an English country estate that enjoyed astonishing success on both sides of the Atlantic—and now it’s back. “Downton Abbey” the movie is in the works.

“We’re thrilled to announce that ‘Downton Abbey’ is coming to the big screen,” the television series tweeted Friday. Film production begins this summer.

The six-season television series ran on Britain’s ITV from 2010 to 2015, and in the United States on PBS’ Masterpiece.

In the United States, it won three Golden Globes, 15 primetime Emmy Awards and commanded a rave following, becoming the most nominated non-US television show in the history of the Emmys.

It followed the lives of the Crawley family, headed by the Earl of Grantham, and their servants as they navigate changing times from the Edwardian heyday of the British aristocracy, to World War I and the roaring 1920s.

Creator Julian Fellowes has written the screenplay and will co-produce, it added. Highclere Castle in England is expected to return as the family seat.

“Downton Abbey” became one of Britain’s biggest ever drama exports with an international audience of around 120 million.

The television series ended in 1926 with daughter Edith Crawley marrying and outranking the rest of the family, sister Mary expecting a second child, and butler and lady’s maid Bates and Anna welcoming their first.

“It was our dream to bring the millions of global fans a movie and now, after getting many stars aligned, we are shortly to go into production,” said Gareth Neame, Carnival’s executive chairman.

“We’re thrilled to join this incredible group of filmmakers, actors and craftspeople, led by Julian Fellowes and Gareth Neame, in bringing back the world of Downton to the big screen,” said Focus chairman Peter Kujawski.

No plot twists have yet been revealed and no release date yet announced. MKH

Fans are up for ‘Downton Abbey’ starting season 4