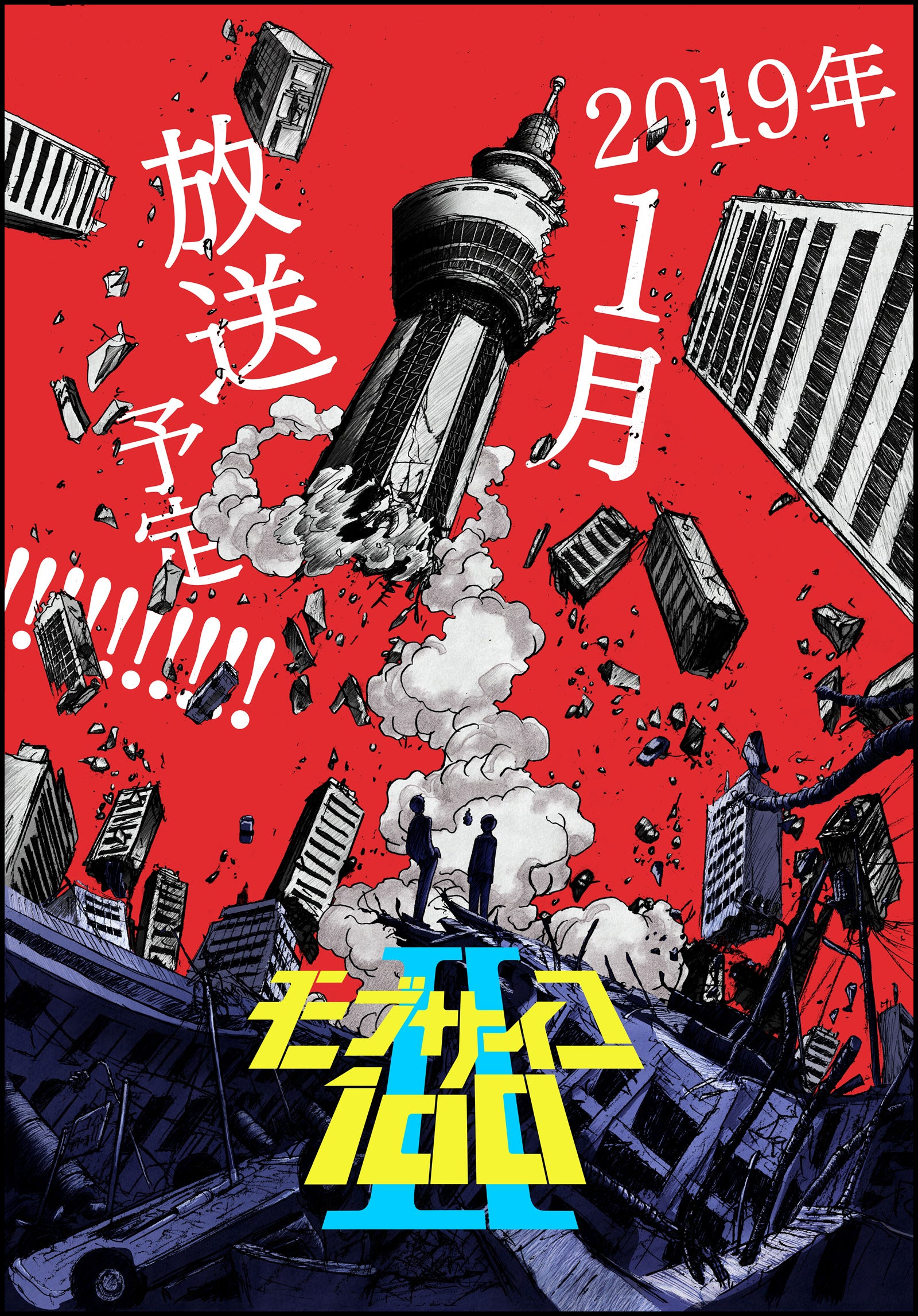 The popular anime’s website also released the second-season poster, which showed what appears to be the top portion of a destroyed Tokyo Skytree floating above protagonist Shigeo “Mob” Kageyama and his mentor Reigen.

This second season also received the title “Mob Psycho 100 Reigen: Shirarezaru Kiseki Reinōryokusha” (The Miraculous Unknown Psychic). The team from Studio BONES, which animated the first season, returned to work on season 2. This was previously announced at a special event held on March 18 at the Chiba Prefecture’s Maihama Amphitheater.

“Mob Psycho 100” came from the mind of web manga creator ONE. He also created the popular superhero series “One Punch Man.”

“Mob Psycho 100” stars ordinary-looking boy Shigeo “Mob” Kageyama, whose only dream is to live as a normal boy. However, his powerful psychic powers tend to attract all sorts of trouble, which greatly stresses out poor Mob. When his stress level reaches 100 percent, his powers come out in full and anyone who stands in his way will often meet a terrible fate.  /ra