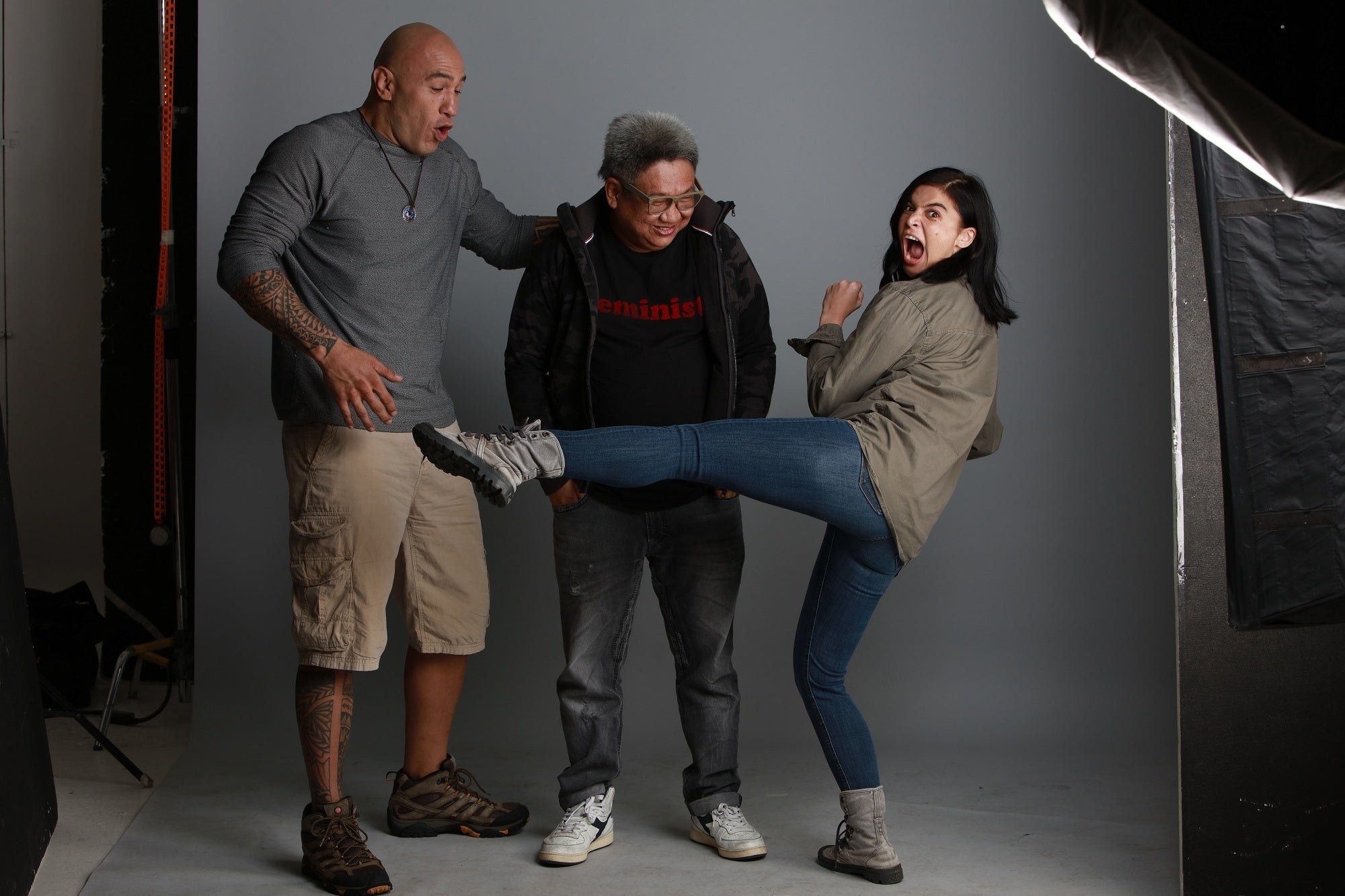 Two years in the making, Viva Films’ much-awaited “Buy Bust” is now all set for local release starting August 1. To further entice the public to catch the film, critically-acclaimed director Erik Matti gives the rundown on what “Buy Bust” is really all about.

“Kwento ng [Story of] ‘Buy Bust’ is very simple. ‘Buy Bust’ was really imagined to be like a news feature,” Matti said at the film’s recent media launch.

The story revolves around a group of Philippine Drug Enforcement Agency (PDEA) agents who belong to a team led by the character of Victor Neri who has just been promoted into the team lead position, hence, he never got into field work yet. The team is set for a buy bust operation at a drug infested barangay.

Their team is composed of three members—Mara Lopez, AJ Muhlach and Anne Curtis—who are all newbies. Curtis’ character may be new into the team but she wasn’t a neophyte when it comes to operations called for by duty. She already came from a team whose members unfortunately were all wiped out in a massacre during an assault.

(This is Anne’s burden starting into the film. She does not want to follow orders because she fears if she follows, all of them will be perished. She wants to decide on her own. Now, they are called for a buy bust operation to a place they are not sure)

The production team has employed real PDEA agents to guide them through. They gave them the beats on what actually happens on the ground during drug bust operations, their standard operating procedures, lingo and whatnot. According to their research, there are certain missions that are not planned at all because of time constraints and they would just go otherwise they will lose the target.

“So they go into a barangay na sobrang hirap lumabas para mahuli ‘yung drug agent before he leaves to another country,” he said.

“Buy Bust” is Anne Curtis’ first action film. The movie was too physically demanding but good thing, the actress is naturally fit and physical which made her a perfect fit for the female lead. Matti also said that the movie would not have finished the way it did if they did not get someone as physically active as Curtis. /jpv

Aubrey Miles explains the difference between indoor and outdoor gardening