Maja-Matteo starrer is eager to please 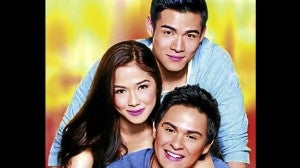 IF intention were the only requirement for a film to succeed, it shouldn’t be hard for Enrico Santos’ rom-com, “My Cactus Heart,” starring Maja Salvador, Matteo Guidicelli and Xian Lim, to find favor with moviegoers yearning for an early Valentine fix:

Sandy (Salvador) has a lot of love to give—but, the once-bitten, thrice-shy culinary student would rather break hearts than risk getting hers broken, no thanks to the negligent father, Dan (Ricky Davao), who abandoned her, her siblings, and their lovesick mom, Margareth (Rosanna Roces).

But, as she warms up to Carlo, another complication presents itself when Sandy meets Benedict (Lim), who’s too simpatico and well-heeled to resist. But, like Carlo, is he willing to go the distance to prove there’s more to love than the initial thrill of courtship?

With attractive leads steering its eager-beaver energy and engaging premise, Santos’ film gets off to a good start as it establishes its characters’ back stories—each involving parental abandonment—with a quirkily vibrant pace.

We’re happy to note that the new director’s knack for entertaining viewers is far from meager—but, at the same time, he needs more time to develop the ability to keep his ornate sequences more natural and organic—which would have been useful in the clumsily staged confrontation scene between Ramon Christopher and Pinky Amador, who play Guidicelli’s estranged parents.

Moreover, the production’s meandering feel increases as the story progresses—and, despite the love-triangle angle introduced into the story, it becomes more and more apparent that the movie lacks tension and genuine conflict.

As we’ve noted in the past, Salvador is an efficient actress who always manages to squeeze some substance out of seemingly inconsequential roles (“One More Chance”). Here, she displays some of her notable thespic chops, especially in her emotionally charged scenes with Guidicelli. Curiously, however, she has a harder time making her light-hearted or comic moments fly, probably because some of them feel too staged and de rigueur.

As for the enthusiastic Guidicelli, given the circumstances of his character’s cash-strapped family, you don’t really feel what’s at stake for him.

For his part, the decorative Xian Lim preens for the camera—which is a pity, because the screen’s newest heartthrob needs to prove there’s more to him than his swoon-worthy looks—so, let’s hope he gets a meatier role in his next big-screen outing.