Lauren Dyogi on PBB being ‘scripted’: ‘It’s an unfair statement’ 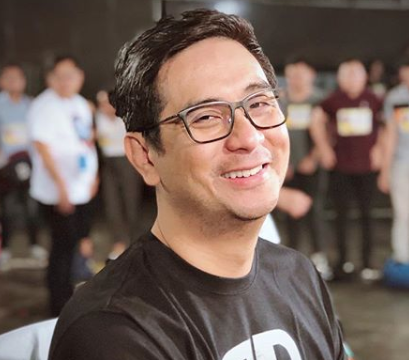 The “Pinoy Big Brother” franchise has been a phenomenal hit in the Philippines since it was first launched by ABS-CBN in 2005. It was such a huge hit that anyone who dreams of stardom sees the “house” as their gateway to fame. However, there is also that lingering issue as to the show’s authenticity, hence, the never-ending “scripted” rumors.

Among the major issues thrown at the reality show is that the management actually already has pre-chosen the candidates and that auditions are just a formality. With this, show director Lauren Dyogi, once and for all, sets it that PBB is never scripted.

Also Dyogi reasoned that if indeed everything was “scripted” they would not have spent such long hours in the audition process scouting every hopeful all across the country if from the very beginning they already had pre-choices.

While they see through a hopeful if he/she indeed has what it takes to be admitted into the house, they still don’t know  if a housemate would breakout just the way they did if it weren’t for what naturally happened among them inside PBB.

Citing for example is the case of PBB Lucky 7 housemate Maymay Entrata who made it big and is now one of the most bankable teen stars. However at first, because of their similarities, Dyogi worried that she just might be another Melai Cantiveros. But because of the phenomenal effect of her team up with fellow housemate Edward Barber which naturally occured inside the house, it turned the tables and drew a different path for Entrata.

Just the same with PBB Teen Edition Big Winner Kim Chiu. Dyogi said he was certain he wanted her in but he still wasn’t sure if her career would have skyrocketed the way it did if not for her unexpected romance with housemate and eventual ex-boyfriend Gerald Anderson. And from here, the list goes on.

The video was shot by Dyogi while at the Naga City airport after 3 days of long auditions for PBB’s next season. /muf