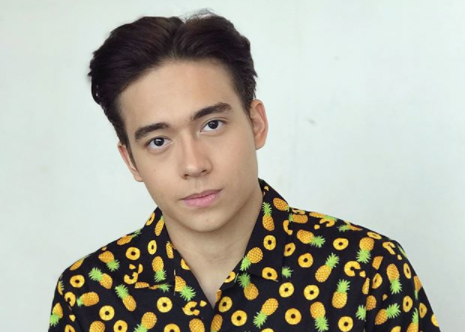 Instead of actual money, perhaps a “shoutout” can be added to the list of things many artists can be paid with. Apart from “experience” and “exposure,” that is.

Local actor Jameson Blake was slammed recently by netizens after he asked graphic artists if they could make him a banner he could use for his social media accounts. And instead of remuneration, Blake said the best banner would get a “shoutout” from him in exchange.

The solicitation was made on Twitter last July 4, although the tweet has since been deleted. “Any graphic designers here?” Blake asked then. “Willing to make me a cover photo/banner for (ex. Youtube, Twitch). I need a banner with the username ‘Lucid Express’. Best one gets a shout out from me.” 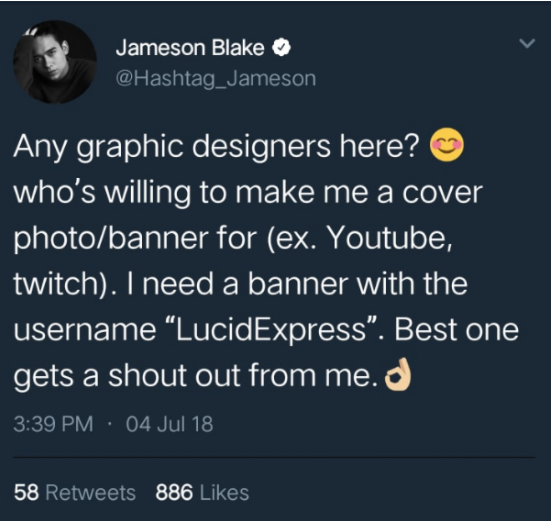 Blake’s tweet garnered an onslaught of criticism from netizens for his unwillingness to pay. In defense, he maintained that he wasn’t asking for mind-blowing graphic art. Still and all, many were unhappy and said people like Blake are one of the reasons why the creative industry is belittled.

The backlash prompted Blake to issue an apology, which he did yesterday, July 5, on his Twitter account.

“I apologize to all the graphic designers thinking I’m trying to degrade their art work for something little as a ‘shout-out’. I know graphic designing isn’t an easy job and it requires a lot of work,” wrote Blake. “I did not expect this would become a big issue.”

Blake tried to justify his soliciting, saying he was basically seeking for “volunteers.” “No one HAD to do it,” he stressed. “I wasn’t obligating anyone to make one. It was just a favor. Probably a shout out would have done nothing but I could have returned the favor by promoting the artwork.”

“Promoting in ways for the artwork to be known & exposed and you never know, people would actually like it. But if that’s not the case, just simply ignore [my] tweet. Once again, I’m sorry and have no intention to look down on graphic designers and their artwork.”

Many, however, found his apology to be a non-apology.

“Nagapologize ka nga pero you’re still trying to justify what you did,” replied one netizen (@torakun14) to his tweet yesterday. “Not cool.”

“Promoting art work daw. Is he that sikat ba that people would flock over to the artist after he promoted it?” said a certain Lalaine (@LalaineDawn) yesterday. “As an artist, he SHOULD know to pay one and respect fellow [artists]. Siya pa nanghingi ng help siya yung malaki yung kita.”

She replied to Blake’s tweet yesterday, “In fairness, may following siya so baka nga naman. But still, I agree with you here… Pay. Your. Creatives. Exposure doesn’t pay bills, we’re all way past ‘exposure’ stage.”  /ra

In fairness, may following siya so baka nga naman.

But still, I agree with you here…

Jameson Blake is sorry he wanted your work for free