LOS ANGELES—Mamma Mia, Cher is making waves again. At 72, the singer-actress makes her grand entrance as Meryl Streep’s mom in “Mamma Mia! Here We Go Again.” “Fernando,” her cover of the ABBA hit with actor Andy Garcia, is out as a single. And “The Cher Show,” a musical about the flamboyant star’s life, premiered in Chicago and will debut on Broadway in November.

Cher, known as the “comeback queen,” understandably laughed when asked if age has brought simplicity to her life. “No,” declared the famously long-tressed diva in our recent interview. “It’s so complicated. I keep thinking that I’m too old. Why am I working so much or why do people want me to work so much? It’s crazy. I wish it was more simple. My friend and I went on a vacation a year before last. That was the last vacation I had.”

There’s one aspect that Cher is keeping simple … her love life. “I had one not so long ago, but the truth is, having any kind of boyfriend in front of the press only leads to tears,” she said. “I mean, Robert (Camilletti) is a perfect example. We had the press stalking us, and he went to jail (he was arrested after a run-in with paparazzi) and he hadn’t done anything. So it’s better now to hide everything.”

The performer has hinted in social media that she will come out with an album of covers of ABBA—the band of Agnetha Fältskog, Björn Ulvaeus, Benny Andersson and Anni-Frid Lyngstad, who have reunited after 35 years. The septuagenarian is not modest about her famous contralto voice. “Yeah, I think it’s about 100 times better,” she said with a laugh. “No, I’m surprised that I haven’t had to drop my keys and my voice is really stronger. It’s been this strong now for a while, but it’s not diminishing. That sounds pompous possibly, but it’s true.

“And I still really love singing. It sounds really weird, but one of my favorite things to do is when we’re rehearsing on stage, like in an arena, I love standing and singing because I like the feeling of my voice coming out of my body because it’s so big and it so fills your whole body up with this physical and emotional feeling.” 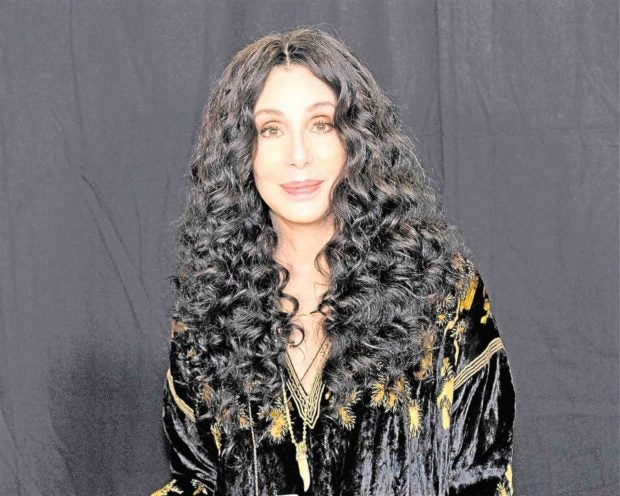 The winner of Oscar, Golden Globe and Emmy awards added, “And there’s no audience, so you don’t have to worry about whatever’s going to happen.

The gay icon, noted for her big hair and outlandish costumes, shared how she has stayed in shape all these years. “I work out all the time and I eat. I’m a healthy eater. I have always been. My mother was basically a healthy eater out of poverty because we did not have a lot of money. We didn’t eat meat because we couldn’t afford it. But also, my mother was from the South so she made fabulous vegetarian things.

“And I take care of myself. I try to take care of my skin because I know that’s the first thing that says how old you are. I live pretty healthily. I don’t do drugs. I’ve never done drugs. I don’t drink. Drinking ages you. I don’t smoke. That ages you, too. I smoked a long time ago, when I was 42.”

Born Cherilyn Sarkisian in California, she was raised by her mom, Georgia, an aspiring actress of Cherokee heritage. Her father was an Armenian immigrant who left the family a few months after Cher’s birth.

“My mother was my first big breakthrough because she was so encouraging,” Cher said. “I wanted to do this from the time I was 4 years old. I went to see ‘Cinderella,’ and I knew that’s what I was going to be. I was really dyslexic (undiagnosed when she was young)—I still am—so I didn’t do well in school.

“My mother said it doesn’t make any difference: ‘You’re really smart, you’ll get people to do all that stuff when you grow up, and you won’t have to do it, and yes, that’s what you’re going to be.’ And then I actually went from my mom to Sonny, and those were my two big breaks.”

“Sonny,” of course, is the guy Cher met when she quit school at 16 and left for Hollywood. Sonny Bono, then 27, took in the runaway who claimed she was 18. Then an assistant of record producer Phil Spector, Sonny famously claimed that he “didn’t find her attractive in the slightest.” However, the pair eventually married and became the popular Sonny and Cher act, with hits led by “I Got You Babe.”

After her split with Sonny, Cher said she experienced one episode of sexual harassment. “I had one incident with a very famous producer who I will not name. I was about 28, but you have to realize, I met Sonny when I was 16 and left him when I was 27. I hadn’t really grown very much in those years, so I was immature. 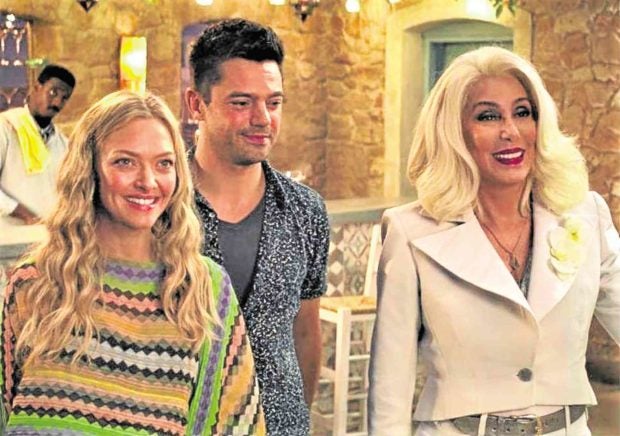 “I wanted to do a movie. This producer called me to his house to do an interview, supposedly. When I got there, several things happened. I just realized because my mother had told me a lot about the casting couch when I was young. Because my mother did parts and she did the work of an extra.

“But I wasn’t anticipating this at all because I was already famous. So, I just said, ‘I’m feeling really sick (laughs) and I have to go home. I’m really sorry but I can’t continue the meeting.’ But I felt really sick to my stomach. And I left.”