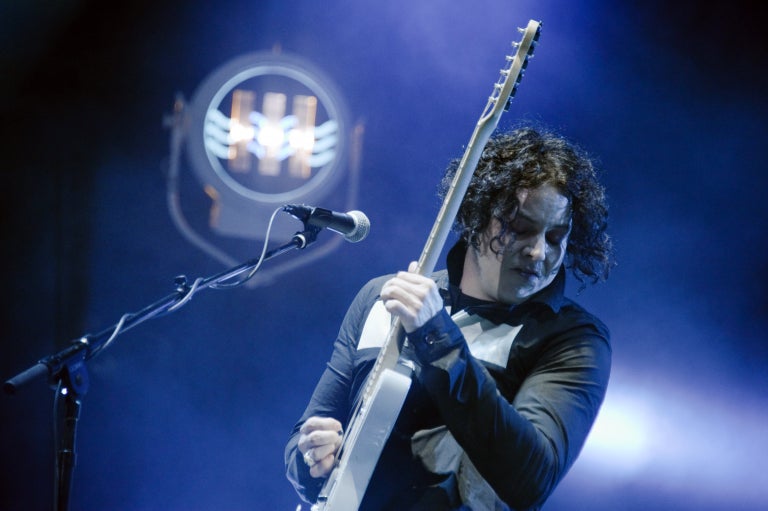 Jack White has announced plans to release a 3LP live album, recorded during intimate shows in Nashville and Detroit in support of his recent album “Boarding House Reach”.

White’s mini-tour to support the March album release kicked off at his hometown venue, the Blue Room at Third Man Records in Nashville, with stops in New York, Los Angeles and London along the way, and wrapped up at Third Man Records’ Cass Corridor in Detroit.

Highlights of the shows included the live debut of stadium anthem “Battle Cry” and crowd sing-alongs of White Stripes Classics including “Dead Leaves and the Dirty Ground”.

He’s now revealed he’ll be releasing his March 16 show in Nashville, plus the Detroit show a month later, as a 3LP set pressed on black, blue and white vinyl.

Packaged in a die-cut sleeve with “peep-in” artwork in the style of Led Zeppelin’s “Physical Graffiti” or the Rolling Stones’ “Some Girls”, the LPs will be joined by a Jack White logo flag and three 8×10 photos from the shows. JB