WATCH: Shania Twain takes fans behind the scenes in mini-doc 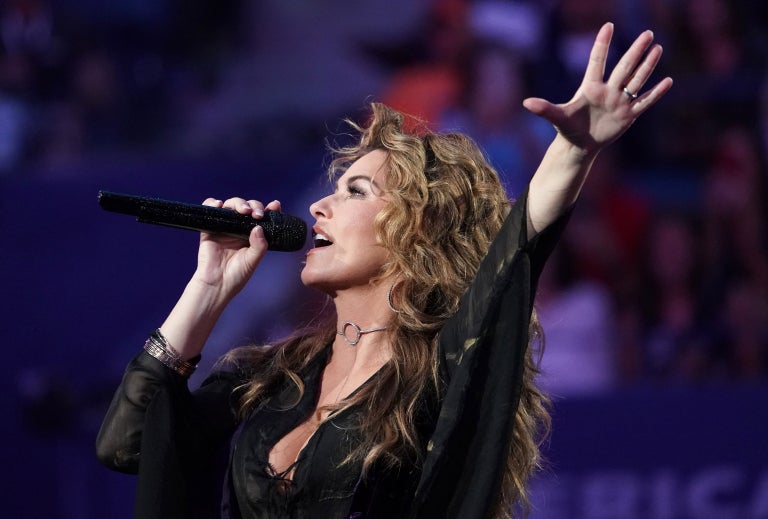 With her “Now” tour currently under way and a second United States tour leg kicking off next week, Shania Twain has offered up a glimpse of the work that goes on behind the scenes.

Members of the tour team, from musicians and dancers to the creative director a choreographer, weigh in, explaining the concept of the stage show and painting a picture of how it came to life.

“I’m almost sad when rehearsals are over because it’s a…bonding period for everybody that is behind the making of the show,” says Twain.

Twain began her “Now” tour in the U.S. in early May; she’s currently performing a string of dates in her home country of Canada before heading back to the U.S. next week, with shows running there through early August. JB

ADVERTISEMENT
Read Next
Beyoncé and Jay-Z’s ‘Everything is Love’ gets CD release on Friday
EDITORS' PICK
SM continues to send relief assistance to remote towns in Batangas
Batangas execs, Taal evacuees thank House; hopeful on rehab efforts
‘A greener, cleaner tomorrow’: A how-to guide for Filipinos who want to help with today’s energy crisis
5 years after Mamasapano, son of fallen SAF 44 trooper remembers his ‘idol’
Get exciting deals and discounts when you download the new McDonald’s App
PAL: Passengers with flights to parts of China may request for refund, rebooking
MOST READ
Taal’s sulfur dioxide emission increases
No time for revelry; Tagaytay instead plans for alert level 5
Dina Bonnevie on Coney Reyes: We have forgiven each other
Megan Young, Mikael Daez get married
Don't miss out on the latest news and information.