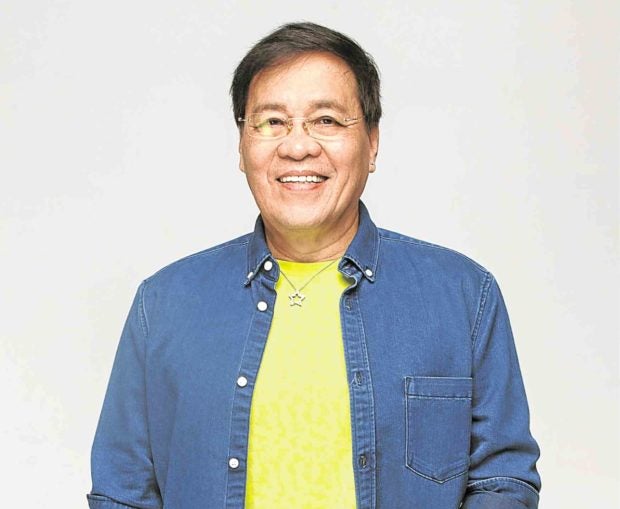 Known for his intelligent and uproarious impersonations of prominent local personalities, the veteran stand-up comic and satirist Willie Nepomuceno has, over the years, made a killing lampooning such Philippine presidents as Ferdinand Marcos, Fidel Ramos, Joseph Estrada and Benigno Aquino III.

And for a while, during the campaign period for the 2016 elections, he poked fun at then presidential hopeful and Davao City Mayor Rodrigo Duterte, appearing in talk shows dressed and made-up as the controversial politician.

But as President Duterte marks his second year in office, Willie said he has no plans of parodying the Philippines’ top official anymore.

One of the reasons, he said, is that he feels that reality is already doing a fine job making people laugh. “They say comedy is just a twist from reality… I think mas nakakatawa ’yung original, ’yung mga totoong nangyayari, their statements. And it’s not just him, but all of them,” said Willie, who’s returning to the grind after almost two years of rehabilitation from a stroke.

More importantly, he worries that doing political impersonations at this time of “disarray,” “confusion” and “anger” will only add noise and divert attention from issues that need to be addressed.

“Many people are complaining. Recently, he said that ‘God is stupid,’ etc.—there are a lot to talk about, tapos sasali pa ’ko. If I impersonate him, of course I will have to make jabs—you can’t not do it. They will say you’re wrong, because you’re a ‘dilawan,’ they will give it color. And I find that corny,” Willie told reporters at a press conference for “Music and Laughter,” a show he will headline with Nonoy Zuñiga.

“Impersonating someone isn’t that simple; you have to think. You can’t just ridicule; there still needs to be some respect for the subject,” pointed out the stage comic, who found President Duterte’s antics “tolerable” during the campaign. “But after he won, it turns out he’s different from what I initially thought of him.”

For now, Willie is looking forward to reinventing himself as a comedian and coming up with a shtick that doesn’t involve his usual impersonations and political satire.

But while political humor isn’t formally part of his set for “Music and Laughter”—July 7 at The Theatre at Solaire (call 8919999)—Willie isn’t so sure if he would be able to help himself. Willie’s expected to do song numbers aside from his stand-up routine.

“My original dream was to become a singer and an actor. But unluckily for me, everyone was good-looking during my time,” he said.