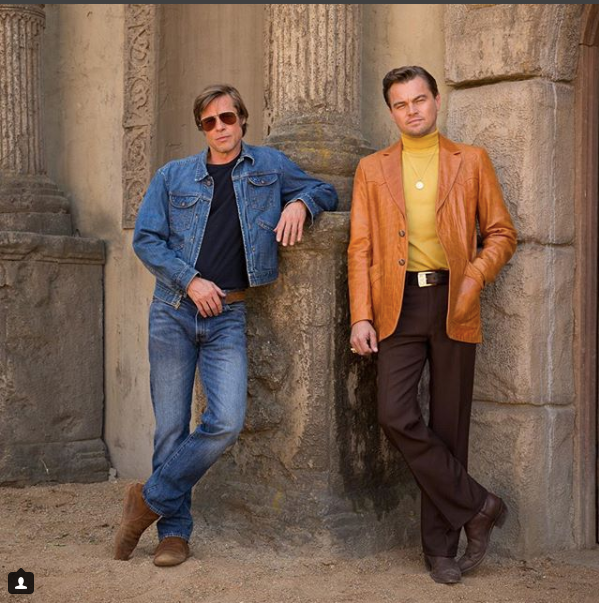 Oscar winner Leonardo DiCaprio has given fans a sneak peek into his upcoming project “Once Upon a Time in Hollywood”, releasing the first photo from the set — alongside co-star Brad Pitt.

The image, revealed via Instagram, shows DiCaprio and Pitt in 1960s attire, posing against a set of stone pillars and looking straight into the lens, accompanied by the caption: “First look #OnceUponATimeInHollywood.”

DiCaprio and Pitt will play Rick Dalton and Cliff Booth — a former star of a Western TV series and his longtime stunt double (respectively) — who are struggling to make it in a Hollywood they don’t recognise anymore, as per The Hollywood Reporter.

WATCH: Denzel Washington back with a vengeance in ‘The Equalizer 2′ trailer