Dawn Zulueta: I could have ended up with Richard Gomez | Inquirer Entertainment
Close
menu
search

Dawn Zulueta: I could have ended up with Richard Gomez 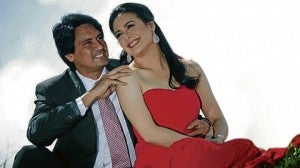 Dawn Zulueta revealed that she could have ended up with Richard Gomez if he had stayed faithful.

“We had potential,” the actress said during a media gathering for “Walang Hanggan,” the ABS-CBN series that reunites the former lovers on the small screen. “[Unfaithfulness] takes a toll on the girl in any relationship. She doesn’t know where she stands. It’s possible that the guy loves her but can’t help himself. He probably doesn’t have emotional attachments to the girls he dates on the side. Still, that’s hard to accept. That was how I felt.”

Dawn, now married to Davao del Norte Rep. Anton Lagdameo Jr., said she was glad Richard settled down with Leyte Rep. Lucy Torres-Gomez. “It takes a certain kind of a woman, like Lucy… she has so much confidence to allow her husband to work with an ex. He’s so lucky,” Dawn said.

How has Richard changed?

As an actor, he’s more well-rounded now… more mature in the way he attacks his roles. As a person, he’s still down-to-earth, fun to be with.

Do you reminisce about old times?

A little. We had a lot of memorable experiences, especially when we traveled together. I had to refresh Richard’s memory about how we broke up. He had forgotten (laughs).

Do you get to talk with Lucy?

Not often, but we’re in touch. We see each other in Congress sometimes. I call her if I have something to ask. She does the same.

When did you decide there was zero chance of reconciling with Richard?

A year after splitting up… although, we were already cordial at that point.

How is Anton as a husband?

He’s super devoted and trustworthy. He has never given me reason to doubt him.

How did he react to this project?

His concern was how much, and how long, the show would take me away from home. When I said this was based on “Hihintayin Kita sa Langit” and that I’d be working with the likes of Susan Roces and Helen Gamboa, he appreciated it.

How do you make sure you have enough time with your kids?

My cut-off is 2 a.m. I shoot only on Mondays, Wednesdays and Fridays. The rest of the time, I’m home. My mom lives nearby and checks on Jacobo and Ayisha. The kids have lunch with my in-laws after school. They don’t even notice that Anton and I are away.

They’re very excited when they see me on TV. They’re still stuck on “Mula sa Puso.” I tell them that this is a different show. They can’t catch this on TV because it airs past their bedtime.

How’s your usual day at home?

I wake up between 7 and 8 a.m. and help prepare the kids for school… In the afternoon, I go for face or body treatments, or do some grocery, or go to the department store to buy something for the house. If I have paperwork, I’m on the computer.

How do you balance work and family life?

It’s really time management. I’m not Wonder Woman. I sometimes make a to-do list for the week but when my taping finishes late, I can’t keep up with the schedule that I myself have set. That’s when it gets irritating; it’s time stolen from me. I try to be strict with the cut-off at work.

I’m happy if I could go to the parlor or have a massage at least once a week. I also schedule a manicure and pedicure every week. Can’t take that away from me.