Foo Fighters eyes collaboration with Adele in next album 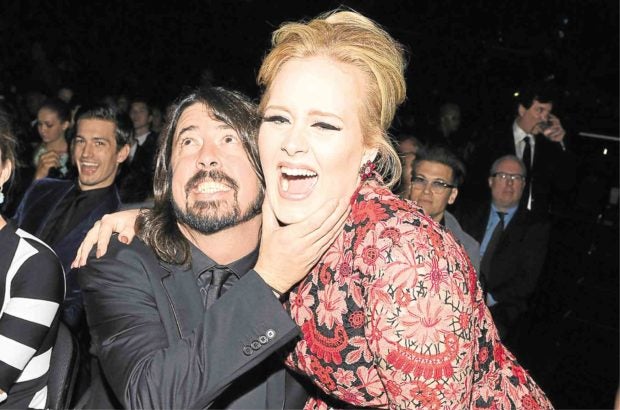 A collaboration with Adele “may be” in the offing for Foo Fighters’ next album, the band’s frontman Dave Grohl told The Sun.

The pop star was once rumored to appear in the American rock group’s 2017 album “Concrete and Gold,” but Dave dismissed the rumors. “Unfortunately, it wasn’t true,” he said. “Maybe next time.”

Should the collaboration happen, it would be a treat for Dave’s 12-year-old daughter, Violet, who looks up to Adele as a musical influence. “Violet would listen to Adele’s records and just imitate her. That’s how she learned how to sing,” Dave related.

The “Learn to Fly” singer, who performed Adele’s “When We Were Young” with Violet at a recent benefit concert, added: “At home there are instruments everywhere and her voice—she was born with it. Everybody loves Adele.” —ALLAN POLICARPIO