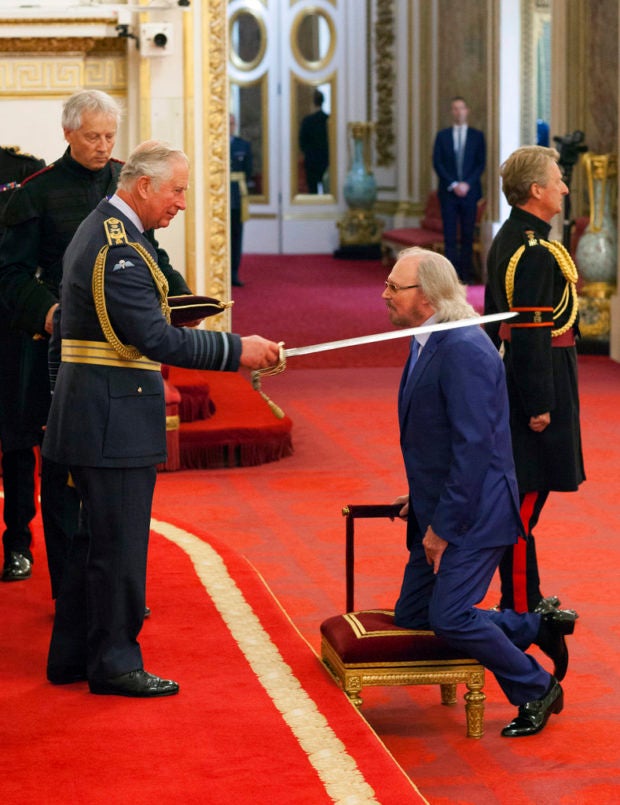 Singer and songwriter Barry Gibb is knighted by Britain’s Prince Charles, during an Investiture ceremony at Buckingham Palace in London on June 26, 2018. AP

LONDON — Bee Gee Barry Gibb has received a knighthood at Buckingham Palace, and says he hopes his late brothers Robin and Maurice are proud of him.

Gibb is the last surviving member of the fraternal trio whose falsetto harmonies and disco beats powered huge 1970s hits including “How Deep is Your Love,” ”Stayin’ Alive” and “Tragedy.” Maurice died in 2003 and his twin Robin in 2012.

After being knighted at the palace by Prince Charles on Tuesday, the 71-year-old songwriter said: “If it was not for my brothers, I would not be here.”

Gibb, who can now call himself Sir Barry, said the honor was “a bit surreal.” He said “it is a high award that your culture can give you and that is something I am enormously proud of.”