Proudly ‘tito,’ Direk Joey has found the fountain of youth 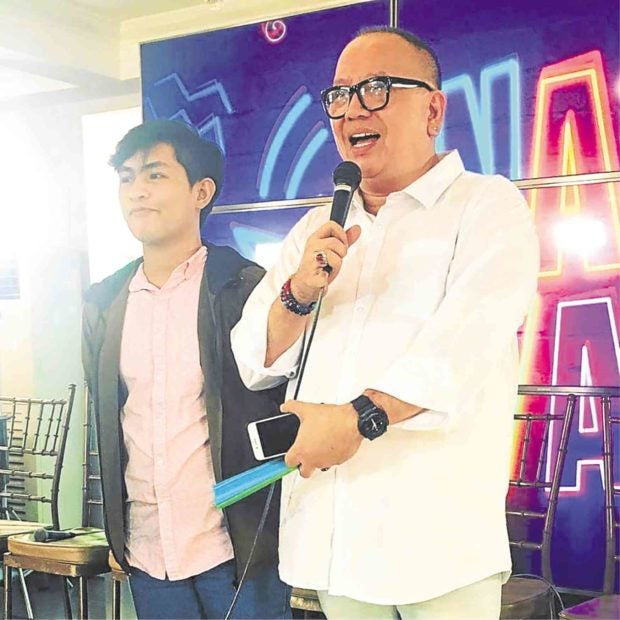 You read it right. Filmmaker Jose Javier Reyes has stumbled on a personal fountain of youth.

Direk Joey, who also teaches Digital Film at the School of Design and Arts, De La Salle College of St. Benilde, swears that being surrounded by his bright and beaming actors and students keeps him forever young.

“It’s better than Botox and Thermage,” he exclaims.

After all, it can be a mighty challenge, trying to catch up with Tinseltown’s up and coming stars—particularly, his latest film “Walwal’s” “young and restless” ensemble, led by Elmo Magalona, Kiko Estrada, Jerome Ponce and Donny Pangilinan.

“I was a ninong (principal sponsor) at the wedding of Maricel Laxa and Anthony Pangilinan,” he gasps in mock horror. “So their son Donny is like an apo (grandson) to me!”

Apart from the youthful cast of “Walwal,” his most promising students, whom he had recruited as staffers/interns, kept him constantly on his toes.

“It’s the secret of my youth,” he quips.

To top it off, the script of “Walwal” was penned by one of his best students, Mark Gerald Foliente. Direk Joey enthuses: “He is only 19! I asked him to write about his generation. And we worked together on a material that is as much now as it can get.”

The entire process proved to be a treasure trove of insights.

Making the project extra special, he also asked other students, from the Music Production Program of the College of St. Benilde, to work on the film’s soundscape. “A senior citizen conducted an orchestra of voices and sounds from centennials,” he remarks.

Direk Joey recounts that the idea of working with youngsters hit him three years ago, after his 1994 youth flick “Pare Ko” was digitally remastered by ABS-CBN Restoration for its 25th anniversary.

“I was intrigued by the possibility of doing another barkada movie capturing male bonding and brotherhood in 2018,” he relates.

He elaborates: “I love capturing these moments in the cultural timeline which reveals who we are at any given point of our history.”

In a lot of ways, the chance to work with his students on the set proved to be a pleasant bonus, too. “It wasn’t work; it was a joy.”