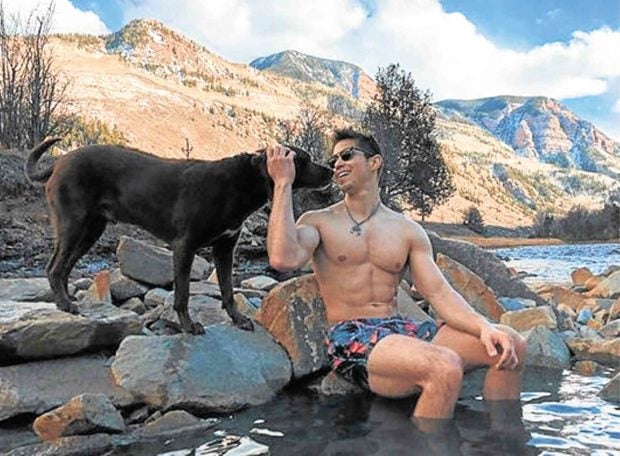 There are two ill-fated teens in “13 Reasons Why”: depressed girl Hannah Baker, who committed suicide, and friendly jock Jeff Atkins, who perished in a car accident.

Brandon Larracuente, who plays the latter, a likable athlete in brief flashbacks, also appeared in the recently released second season.

On playing a popular kid who’s not a jerk, Larracuente told Seventeen in 2017: “It just shows the message we were trying to portray. Spread kindness to everyone, not just the person in your ‘clique.’”

Larracuente recently revealed on Instagram that he is part of a pharmacy store chain’s campaign that aims to end a drug-related crisis.

“It has been my honor to partner with @Walgreens to bring awareness to the opioid epidemic… learn what steps you can take to end [it]. Together #ItEndsWithUs,” wrote the 23-year-old, who was in the film “Baywatch.”

The abuse of opioids (narcotic pain medication, such as morphine and fentanyl) has led to fatal overdose, according to the United States’ Center for Disease Control and Prevention.—OLIVER PULUMBARIT

Read Next
Vinnie Paul, co-founder, drummer of Pantera, dies at 54
EDITORS' PICK
DOH: Too early to say COVID-19 cases are declining
Acer starts the year off strong with the Aspire Vero National Geographic Edition
Duterte praises military but slams police for poor discipline, corruption
Over 3 Million worth of prizes to be won at Smart Padala’s SENDali Manalo Promo!
COVID-19 cases surging in all regions and provinces, says DOH
The best of bayside and city living at SMDC’s Sail Residences
MOST READ
Marcos Jr. visits Cebu, stands as ‘ninong’ to mayor’s son
Duterte praises military but slams police for poor discipline, corruption
Djokovic has to comply with rules to go to Spain, PM says
Comelec junks petition to scrap Bongbong Marcos COC
Don't miss out on the latest news and information.