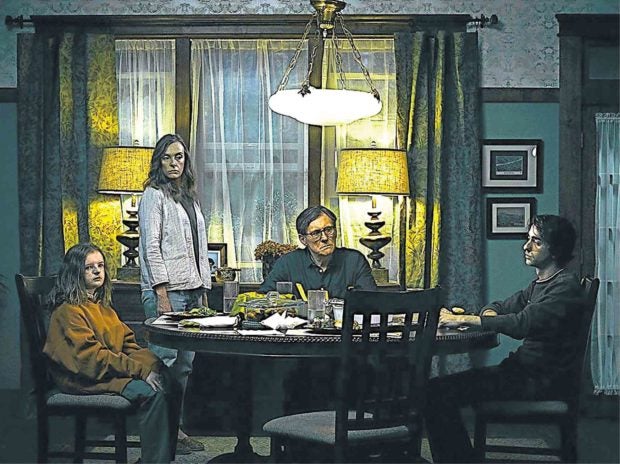 Most horror flicks utilize formulaic scare tactics to surprise, startle and shock viewers, but the best ones, like John Krasinski’s “A Quiet Place,” Michael and Peter Spierig’s “Winchester” and Sergio G. Sanchez’s “Marrowbone,” sustain the doom and gloom by building an atmosphere of disquieting dread and ominous foreboding long before the bogeyman goes in for the kill.

Like the aforementioned films, Ari Aster’s “Hereditary,” a thoughtful but brutal meditation on guilt, culpability and forgiveness, is guaranteed to give viewers the heebie-jeebies as it creepily riffs on relatable themes that are anchored on the tragedy that befalls miniaturist Annie Graham (Toni Collette) and the other members of her dysfunctional family: husband Steve (Gabriel Byrne), high school student Peter (Alex Wolff) and 13-year-old middle-schooler Charlie (Milly Shapiro).

The Grahams are far from perfect: Annie comes from a family with a history of mental illness, while her distracted and often unsupervised kids spend their downtime smoking pot or decapitating pigeons’ heads.

The tragedy of losing her emotionally distant and deeply secretive mother, Ellen, is further exacerbated by the accidental death of another loved one that sends Annie spiraling downward into fits of depression, hallucination and lunacy. But, she tries to keep her family from falling apart as she goes through the emotional wringer. 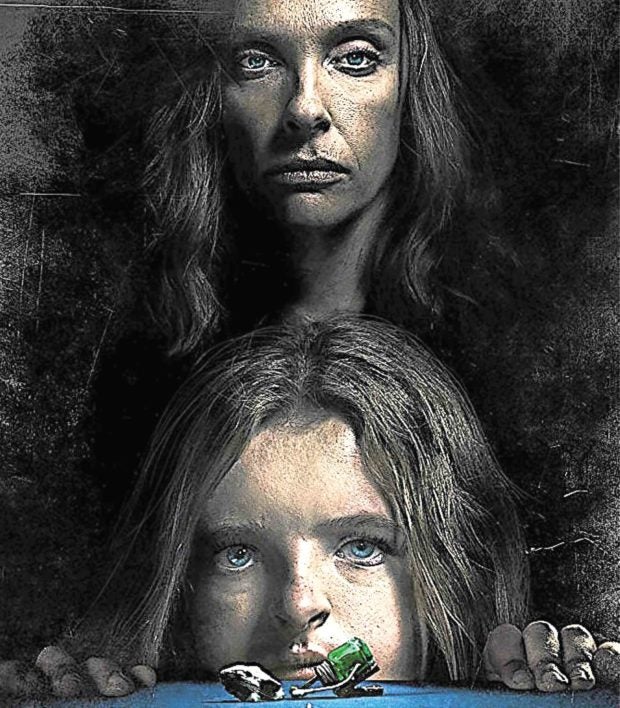 Things take a turn for the macabre when Annie meets Joane (Ann Dowd), an overzealous but well-meaning member of her support group.
Joane gives the grieving mother a chance to atone for her sins of omission and maternal neglect.

But, by learning to communicate with her departed loved ones through a séance, Annie uncovers a Pandora’s box of malevolent demonic entities that are in search of “viable” human hosts to possess!

The film is notable for its unconventional storytelling style that cleverly utilizes atmosphere-inducing and mood-enhancing elements, from the creepy sound of snaps and eerie reflections in the mirror to static silhouettes, as well as for the inventive way Aster frames his scenes.
“Hereditary” derives its substantial weight from its unflinching look into the motivations that drive the characters’ actions, and delivers on its promise with persuasive gusto. Such is the inescapable fear the movie unleashes: You can run, but you can’t hide!

But the production’s chills and thrills would not have been as convincing without the empathetic portrayal turned in by the very expressive Toni, whose thespic heavy-lifting is aided by her coactors’ more-than-proficient characterizations.

The film loses some of its impact as it wraps up its tale-twisting finale (involving one of the “eight kings of hell”), but even this awkwardly realized denouement has its “scarifying” charms.