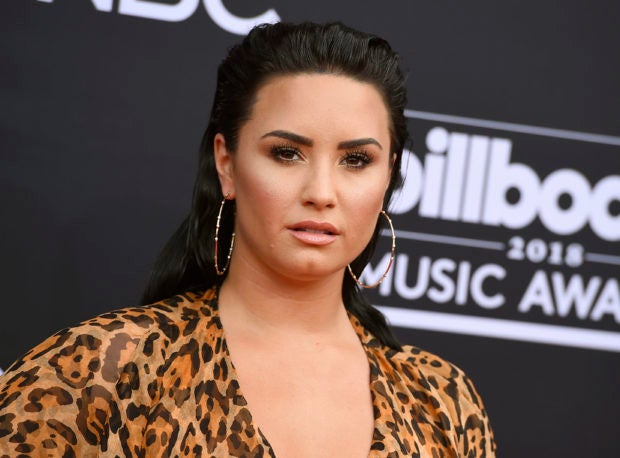 In this May 20, 2018 file photo, Demi Lovato arrives at the Billboard Music Awards in Las Vegas. Lovato celebrated six years of sobriety in March, but she’s revealed in a new song that she’s no longer sober. The pop star released “Sober” on YouTube on Thursday, June 21. Image: Invision/Jordan Strauss via AP

NEW YORK (AP) — Demi Lovato celebrated six years of sobriety in March, but her new song indicates she may no longer be sober.

The pop star released “Sober ” on YouTube on Thursday, singing lyrics like: “Momma, I’m so sorry I’m not sober anymore/And daddy please forgive me for the drinks spilled on the floor.”

Lovato tweeted a link to the song with the words “My truth.”

The singer-actress struggled with an eating disorder, self-mutilation and other issues, entering rehab in 2010. She has spoken out about her battles with drugs and alcohol over the years, and she’s become a role model for young women and men who have faced their own issues.

Read Next
ABC orders ‘Roseanne’ spinoff for fall minus Roseanne Barr
EDITORS' PICK
Tips for a cheerful life
‘I believe’: Hidilyn Diaz bucks the odds to win historic Olympic gold
Connect to PH’s fastest network with new Signature Plan Lite at only P599 per month
Harnessing technology for quality education
Golden girl Hidilyn Diaz ‘nervous’ but never in doubt during Olympics performance
Hidilyn Diaz wins weightlifting gold in Tokyo Olympics
MOST READ
Hidilyn Diaz wins weightlifting gold in Tokyo Olympics
Go to war with China over West PH Sea? It will be a ‘massacre’, says Duterte
Hidilyn shoots not only for gold but also for permanent place in PH sports history
Hidilyn Diaz overcomes struggles to make history for PH with gold medal
Don't miss out on the latest news and information.