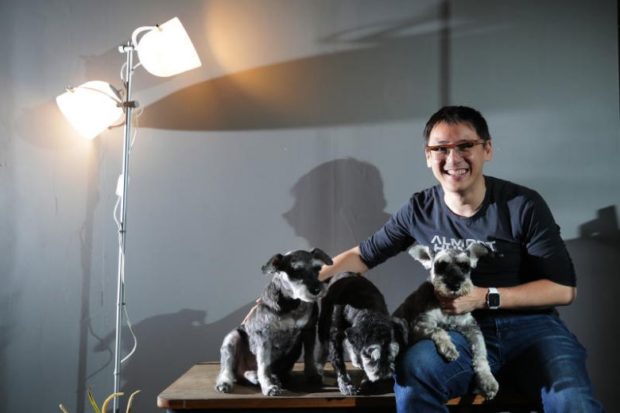 TOKYO — A wistful Singaporean short film about the loss of heritage, nostalgia and a young boy’s sexual awakening, bagged the top prize at an international film festival in Tokyo on Sunday.

As this is one of the qualifying festivals for the Academy Awards, Benjamin’s Last Day At Katong Swimming Complex will be eligible for nomination at next year’s Oscars.

An elated Chai, who also picked up the Best Short Film award in the Asia International category, told the audience of international film-makers upon receiving the award that he was grateful for the win, especially as the 15-minute film has undertones of issues which are sensitive in Singapore.

Beyond the regret and loss over Singapore’s rapid development, Chai, who is married, wanted to capture the “moment of epiphany and sexual awakening” in what he said was “in honor” of the LGBT (lesbian, gay, bisexual and transsexual) community in Singapore.

Chai’s film beat over 10,000 submissions from 130 countries and territories. The five-member jury, who included director Takashi Miike and veteran actor JJ Sonny Chiba, said Benjamin’s Last Day At Katong Swimming Complex has a “powerful” message, showing a “unique and fresh perspective” in how he portrayed through pastel colors the “innocence of one’s childhood that everyone has”. Jury member Linda Campos Olszewski, who presented the George Lucas Award to Chai, said his film was “filled with a lot of heart, so much soul”.

She added: “We were reminded of the recent Oscar winner for Best Foreign Language film, A Fantastic Woman (from Chile), and we thought if that film was made into a short film, it would look like this. We loved it so much and I’m really excited that it is Oscar-qualified and hopefully it will make it onto the nominees list.”

Chai told reporters later: “I wouldn’t even dare to imagine myself to be on the same league, and to be referenced that way – I’m just grateful. In the end we all just want to tell truthful stories and regardless of where stories come from, if you are able to tell them in a truthful manner, that is the most important thing.”

Chai’s was one of three Singaporean entries in the official competition. The other two films were Wee Li Lin’s Areola Borealis, about a conservative mother who tries to upstage her daughter’s untraditional wedding dinner, and actress Jeanette Aw’s debut directorial effort, The Last Entry, a personal story about a daughter’s last moments with her mother, who has Alzheimer’s Disease.

Benjamin’s Last Day At Katong Swimming Complex contains a scene with homoerotic undercurrents that Chai believes is likely to be cut for mass Singaporean audience. He said the film’s “magic is gone” without the scene, and hopes the award will sway the censors’ mind.

This is his first short film in over 10 years, during which he made four feature-length films.

They included two horror films, Blood Ties (2009) and Twisted (2011), the comedy-musical That Girl In Pinafore (2013), which was a tribute to the xinyao folk song movement, and the reality singing competition-inspired The Voice Of China – I Want You (2014).

Benjamin’s Last Day At Katong Swimming Complex, which cost $35,000 to make, was commissioned by Starhub Cable TV, and was meant to focus on a particular location in Singapore.

Chai, who turns 42 on Thursday, told The Straits Times in an interview ahead of the ceremony why he chose to focus on a swimming complex built in the 1970s: “We have been closing down a lot of important places and people don’t realize their importance until after the fact.”

He added: “When you hear this place is about to close or to be demolished, suddenly everyone goes there and you start hearing people sharing stories of the past – ‘when I was young I used to come here’, ‘when I was young this used to happen’ – and there is this sense of guilt. You neglected it and then it’s too late.”

He said he went back to the short film format as he felt he had plateaued as a film-maker, and wanted to experiment with new forms of story telling.

“Instead of a certain structure I thought of how I wanted to make people feel first – the guilt, the need to say sorry, and somewhat the sense of loss – and from there I went on to build the puzzle.”