Bela Padilla on being labeled ‘liberated’: ‘I am free from social conventions, traditional ideas’ 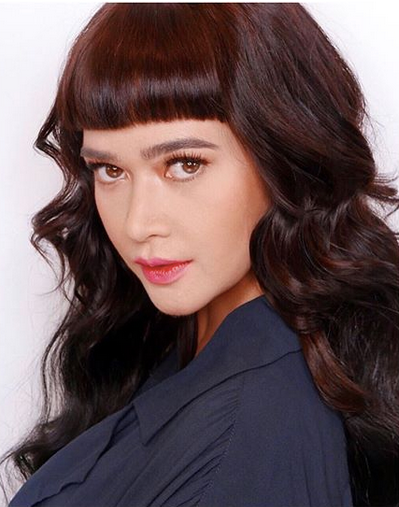 Even if it scared her a bit to be called such, Bela Padilla said she was proud to be a liberated woman, saying she was free from “social conventions and traditional ideas.”

(@MissMarisRacal because you’re spending too much time with Bela, it looks like you’re becoming liberated too. I hope that since she’s older, she’ll guide you to what is right and not what is wrong?”)

Not ending there, she added: “Matalino ka naman sana lang alam mo yon tama o mali na asal dapat gawin ng isang kabataan tulad mo na dapat good example (You’re smart and I wish that you know what is the right or wrong course of action that a youth like you should do as good example).” At one point, the netizen also compared Racal to Janella Salvador and Loisa Andallo. Unlike them, she said the 18-year-old has already been showing skin due to her outfit choices.

And having this message to Padilla, @bataman1422 dropped her opinion: “Bela Padilla is a liberated woman in all aspect.”

Racal was irked by the netizen and shot back: “Stop comparing. People have differences.” She also explained that she was invited to an event where showing skin was required. She added: “Wearing less does not make you less of a person.” 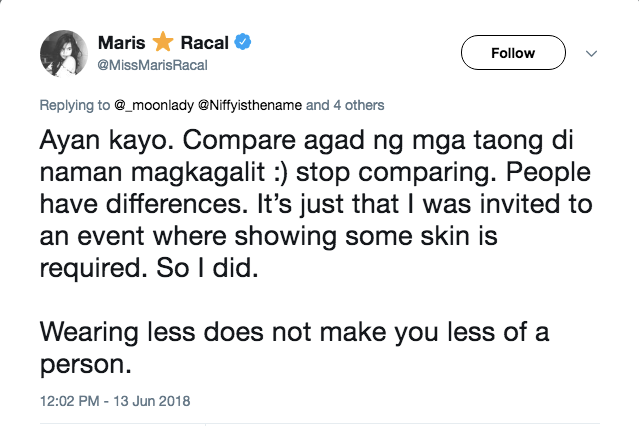 And Padilla, too, did not hold back at the netizen. On her own Twitter page Friday, she first admitted that she was scared because of the label “liberated.” “But i checked it out what it really means and yes, i am free from social conventions and traditional ideas.” 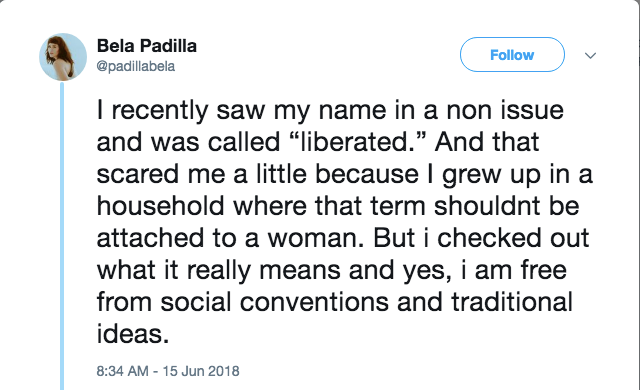 She then went on about her choices of movie roles that are not just that of “the typical damsel in distress who cries over everything.”

“…[A]lthough I do enjoy them, I love my weird films and strong independent characters too. Aside from that i cant see how else i could be liberated because [I’m] at work literally everyday,” she added. 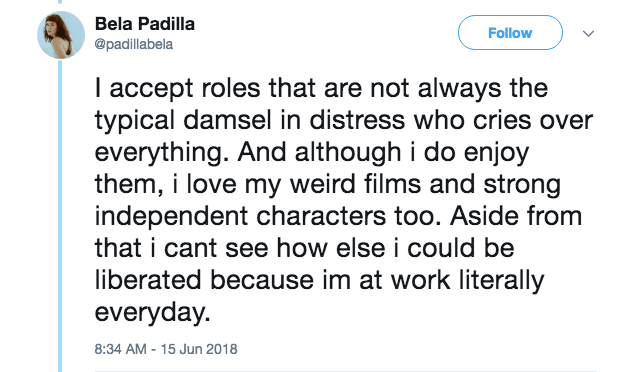 She went on: “I have working days when i finish early (like once in three months) when i can go out, and eat good food and drink, but only when i have a driver to take me home. And im 27. I can do these things.” 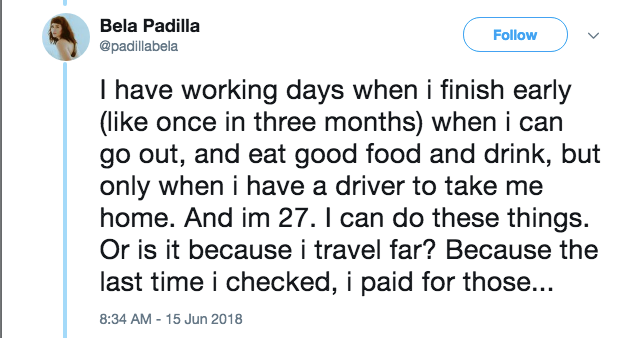 Padilla even admitted: “I’ve never asked anybody else to pay for my trips. And at 27, this is quite long overdue.” She then advised young girls to “do the same at least once before you settle down.” 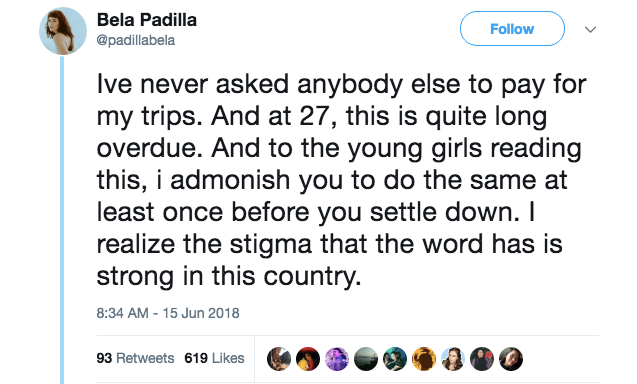 Admitting that she too had a bad notion of the “liberated” label, she later realized that “now…i can think for myself…” She added: “I can’t think of what could possibly be wrong about being a woman who is free to express herself through her art and makes a decent living enough for her to enjoy and see the world.” 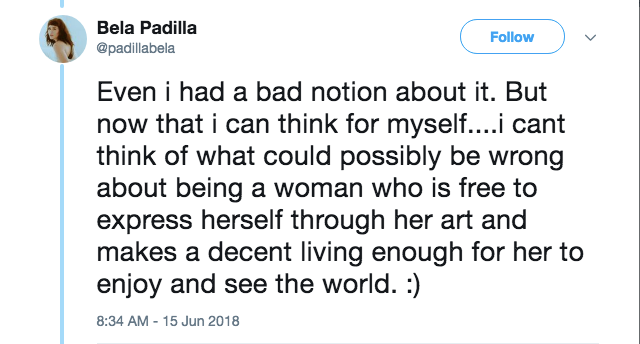 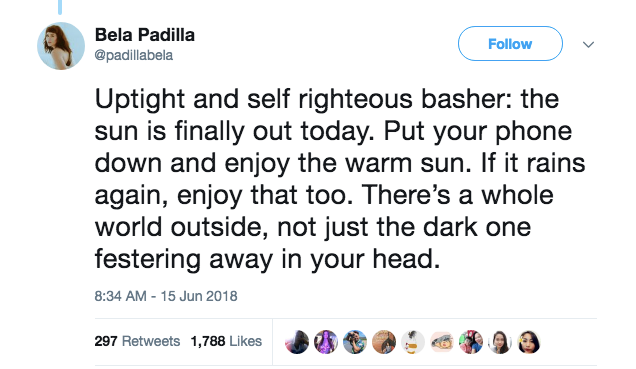 Ending her series of tweets, she too told off the basher by saying to put her phone down and enjoy the sun. “If it rains again, enjoy that too. There’s a whole world outside, not just the dark one festering away in your head,” she added.  /ra