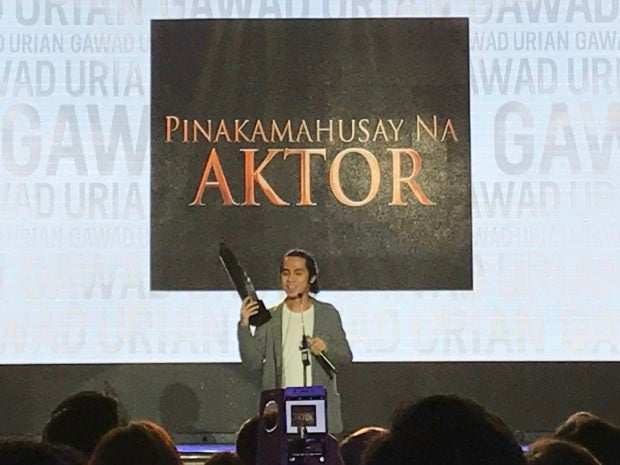 “Hiphop, a culture that was once ignored by many, is now being recognized in the silver screen,” declared rapper Abra, as he received on Thursday night his Gawad Urian best actor trophy for his work in Treb Monteras II’s “Respeto.”

Abra said he is thankful for the opportunity to act in “a real film,” and not just in the music videos that he was so used to doing.

Meanwhile, theater stalwart Joanna Ampil bagged the best actress award for her performance in Loy Arcenas’ musical “Larawan,” her first movie project. “This is just amazing! God is good,” she told the Inquirer shortly after the ceremony held at the Vertis Tent in Quezon City. 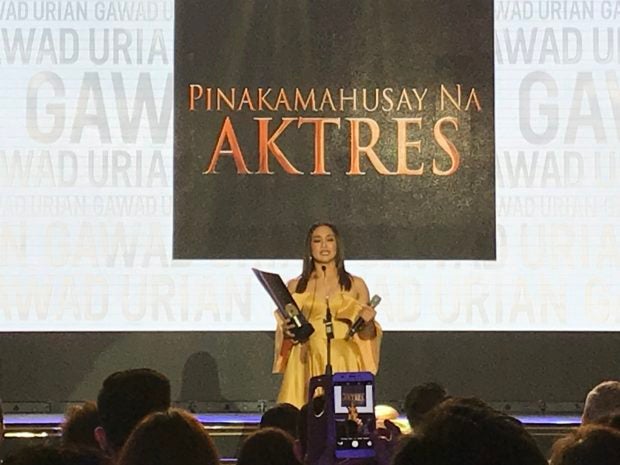 The annual Gawad Urian is organized by the Manunuri ng Pelikulang Pilipino. /ee