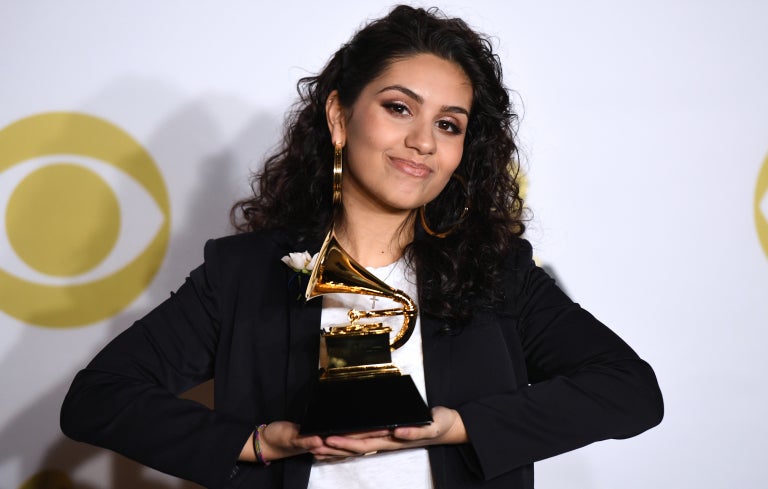 Alessia Cara has fans getting involved in the reveal of her next single, which is due out June 15.

The Canadian singer-songwriter, who won this year’s Grammy for Best New Artist, revealed on Friday that she has new music coming out on Friday.

She then launched a game on social media, getting fans involved in the reveal of some of the track’s lyrics.

“Today i’ll be sending 25 of you different lines of my new song coming june 15th through direct messages and comments on your social media,” she explained. “If you want the whole song, you can work with each other to piece it together. … show me if you think you got it ith #acjune15th.”

Several fans have already collected the bits of lyrics shared using the hashtag and are now trying to determine the right order, with Cara chiming in with hints along the way.

“[T]hink simple chorus, wordy verses & bridge (which is about present vs past),” she offered up most recently.

The track will be Cara’s first new music of her own since her 2015 debut album, “Know-It-All”. JB

Read Next
Lea Salonga appeals for love, acceptance towards LGBT youth amid news of teen suicide
EDITORS' PICK
1,797 more Covid-19 infections raise PH active cases to 33,603
New Year, New Rediscoveries
Acer Philippines welcomes you to its first flagship store
UP president challenges AFP claim on Reds’ campus infiltration
WHO says fabric facemasks still work against virus variants
Is your company a growth champion? Stand up and be recognized!
MOST READ
Wife stabs husband after seeing her younger self in old photos, thought he was cheating
NBI files raps vs top execs of 2 tech firms
Ate Vi’s message to those against ABS-CBN’s franchise renewal
Cop, 12 others killed in Maguindanao shootout
Don't miss out on the latest news and information.